How SportsKPI is using analytics to update Indian sports 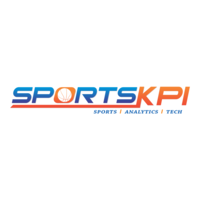 SportsKPI is a leader in Sports Analytics in the country. With a growing interest in sports thanks to the evolution of the “league culture”, the stakeholders have changed the way they look at sports. It’s serious business and not just a mere entertainment. Thanks to startups like SportsKPI who have travelled ahead of time in the industry.

“Making the coaches believe that data and analytics can positively affect their decision making, was and is still a challenge”, says Mr. Naveen Ningaiah – Founder and CEO of this Bangalore based startup.From its inception in November 2015, SportsKPI has been continuously evolving itself into a complete Sports Analytics & Technology provider in India.

Football and Kabaddi remains the biggest departments in terms of business. Each department is backed up by 4-5 data scientists who work round the clock to churn out data and analyse every aspect of a game or a practice session for the client.

Football been the flagship department for the company as it all started with the sport – now India’s second most followed sport. Things weren’t the same then, remembers Naveen who has been closely involved with Indian Football even before the evolution of Indian Super League.
Currently SportsKPI caters to leading ISL,I League teams and Academies in addition to the national team duties – both Men and Women in various age groups. “The success of the top tier leagues has attracted foreign coaches and players who stress a lot on usage of data and technology in a constant effort to monitor their team and individual performance’ – says Naveen.

Kabaddi, another sport which is soon becoming India’s most preferred. SportsKPI has been successful in merging the conventional Kabaddi coaching methods with that of the latest in Sports Analytics and Technology. A dedicated department which work with senior kabaddi coaches, top kabaddi players and also the budding ones have been able to develop Kabaddi specific metrices and thereby contributing to the success of Kabaddi teams – especially during Pro Kabaddi League, India’s premier Kabaddi competition.

1.SportsKPIAnalysis
Video Analysis have been a core service offered since Day 1 – helping teams to analyse matches and practice sessions through various matrices and subsequently arrive at conclusions and recommendations for the technical staff. Tech savvy and enthusiastic players also request for individual sessions on their individual analysis resulting in a gradual elevation in their performance indicators

2.SportsKPI  Scout
Scouting is a very important decision for a team and the coach. Their inhouse software clubbed with some of the leading scouting platforms in the world provides a consolidated scouting report that enables teams while building up a team for the season.

3.AMS+
Usage of latest technology in tracking an athlete performance is very important and a demand from the coaches. Their Athlete Monitoring System is a complete solution enabling the tracking of necessary parameters to determine fitness, monitor performance and ensuring players keep on improving their efficiency.

4. InjuryTracker
The latest product by the company, an inhouse application which helps the medical, technical and management teams in making strategic decisions where the medical condition or physical fitness of the player is the main focus. Probably, the only such indigenous application currently available.

From this fiscal, the company had ventured into other sports such as tennis, badminton, Volleyball etc. SportsKPI tries to help coaches understand their players better by analysing certain variables. The analytics helps in determining the strengths and weaknesses of a player. The analysts can also give a report on the pattern of your opponents performance based of their previous games. This help the team understand their opponents better when facing them. Currently the analysed data is not made available to general public, but it is often used by sports media. They have also started organizing workshops to give a better understanding to coaches about sports analytics collaborating with Karnataka football association. They have introduced a free newsletter that provides updated reports of games on a monthly basis. The newsletter is available on the company’s website