An interview with Mr. Vishal, founder of FemaleCricket.com 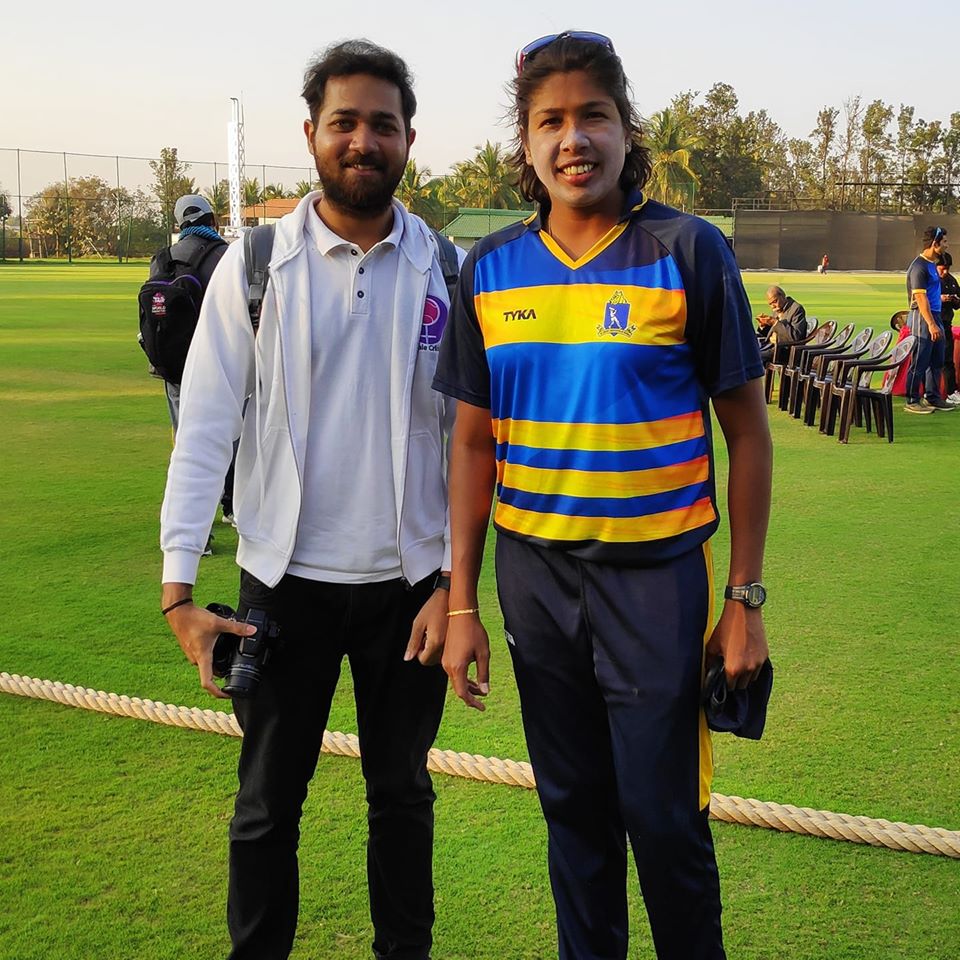 How did it all begin?

I always enjoyed playing cricket and spent most of my childhood either playing or watching cricket. At one point, the interest in the game got so much that I decided to pursue cricket professionally and like every second Indian kid, started dreaming of playing for India. But that never came true.Later it became a habit to speak to any and every cricketer that came my way. Every person had a new story to tell, their upbringing and struggles were different, their ambitions and emotions attached with cricket were different, but there’s one thing common amongst all of them – their love for cricket. I found it really interesting as it was serving both the purpose, keeping me connected to cricket and also utilizing and enhancing my network with these players. I happened to speak to a lot of female cricketers (some representing their national teams) from ICC’s associate and affiliate member.

But, why women’s cricket, when there were so many options?

After interacting with dozens of cricketers, I realized that women’s cricket is far behind in terms of popularity and exposure. What shook me was the fact that women were putting the same efforts (even more sometimes, compared to their male counterparts), representing their country at the highest level, but still were not treated equal and that there is a huge disparity and very low motivation for them to pursue the sport.

What did you find to be the most difficult part during this journey?

I myself was clueless about the history of Indian women’s cricket team and didn’t even know the names of all the players in the squad back then. I felt terrible. And I thought to myself, I can’t blame people for not having an inclination towards women’s cricket if I myself don’t know what’s happening in the current cricket world. It was an eye-opener.
I realized it’s a global problem and that women’s cricket is going through the same fate throughout the world. It was 2015. I was working in a digital media company in the Account Management department and I wasn’t enjoying the job at all. I needed to do something around cricket. And here I was, slowing trying to figure out the problem and how can I turn things around.

Is that how you found your new venture?

Yes, this led to the idea of forming – Female Cricket. After some weeks and months of brainstorming, I decided to launch the Female Cricket website on 6th February 2016 (my birthday). One of my college friends accompanied me in the journey and together we started brainstorming ideas to further promote women’s cricket. Female Cricket was primarily started as a news/media website that would collate information on a single platform and cater to anything and everything around women’s cricket. We realized the majority of our audience is on social media, so we started distributing our content on Instagram, Facebook and Twitter, the 3 most powerful social media channels back in 2016.

How was the response from public?

We soon started getting eyeballs through social media and people started noticing our platform. It is one of its kind, back in 2016, a platform that 24*7, 365 days talked only about women’s cricket and celebrated the journey of female cricketers.

How did you manage the website with a fulltime job?

I was juggling between my corporate life and this initiative Female Cricket and at times it became very difficult to devote time to this dream project. I remember coming home late around 9.30 PM after my work, but still being super excited about working on Female Cricket. When weekends approached, while my friends made plans to go out and spend their Saturday-Sunday traveling or exploring new places, I would be busy in front of my laptop, either working on the content or ideating for future topics. It was fun. Even if I had bad days at my corporate office, I knew I have something good waiting at home.

When did you start seeing noticeable changes in people’s approach to Female Cricket?
A year went by and we covered Women’s T20 World Cup in 2016. The response on our Website and Social Media pages were huge and it gave us the much-needed confidence. Our Instagram was flooded with messages and questions throughout the world cup and we knew we were on the right path, solving a huge problem and mitigating the gap between men and women’s cricket.

Then came the Women’s World Cup in 2017, the game-changing moment, not just for women’s cricket overall, but for us as well at Female Cricket. India reached the finals of the Women’s World Cup and the world witnessed our women in blue through television and social media. Needless to mention, our social media numbers grew, at the same time, a lot of parents and their daughters reached out to us.

What makes you feel proud about Female Cricket?

Parents had now seen that women’s cricket too is a career now and can be pursued full-time. We realized that there are not enough cricket clubs/academies training girls. Since I am from Mumbai, I did a bit of research and found that there are no such facilities meant exclusively for female cricketers. We were faced with another problem and had to do find out a solution to it. This led to the formation of ‘Female Cricket Academy.’ One of its kind, a cricket academy exclusively for female cricketers to train and nurture their game. We had only 8 girls when we started, it has now increased to 30+ girls training at the academy. We currently have our center in Mumbai and are soon planning to open another branch in Pune.

Do you feel you have achieved what you intended to do?

In the last 3 and a half years, the journey with Female Cricket has been a bliss with lots of learning and opportunities. What started a 2 member team has now grown into 15 members working in tandem towards a similar cause – promoting and raising the profile of women’s cricket around the world. We recently clocked 100K+ family members on our Instagram and it is one of the recent milestones. Our Twitter (12,000+ followers) and Facebook (22,000+followers) have grown tremendously in the past and continue to help us connect with like-minded folks. We recently initiated a campaign to ‘Celebrate Female Cricket’ using videos as a medium. We have come across so many females having the talent but not getting the deserved platform and recognition to showcase their skills and hence to encourage them to continue their cricket, we decided to celebrate their story and journey through videos and show it to the world. This is one of the many campaigns that we intend to do at Female Cricket.
We have interviewed and interacted with over 50+ National cricketers around the world and has given voice to several domestic players through our website and have constantly raised the brought up the topic of Women’s IPL.

What are you currently focusing on?
We have identified several problems and challenges that still exist and women’s cricket has a long way to go. We consider every problem as an opportunity for us to grow and expand our offerings. We are currently focussing on the upcoming Women’s T20 World Cup. You shall see a lot of exciting content on our platform.