AIASHA (ALL INDIA ANDH STRI HITT ASSOCIATION) – BY THE BLIND, FOR THE BLIND 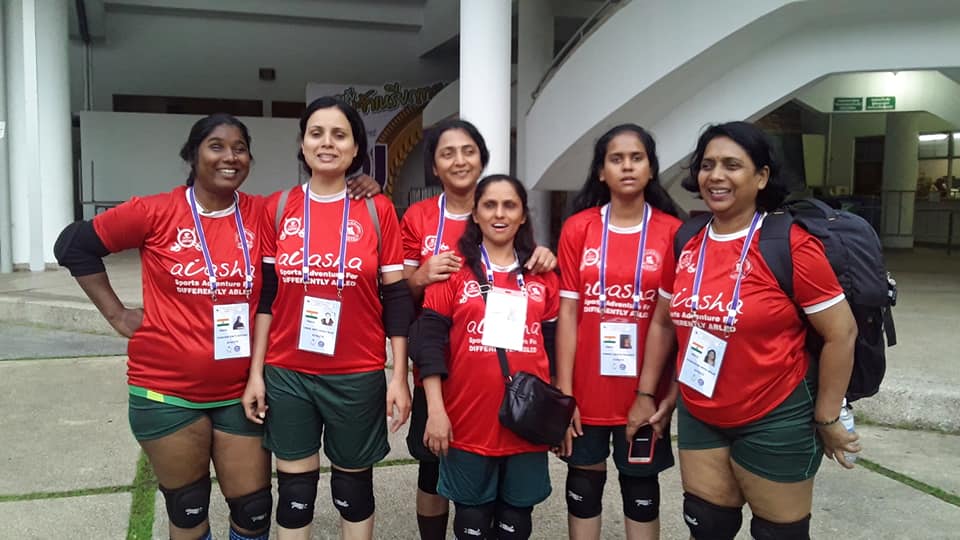 She founded AIASHA with the belief that visually challenged do not need sympathy instead they only need a platform to exhibit their talent. She has been tirelessly working towards betterment and development of visually challenged by organising and participating in almost all disciplines of sports and adventure sports and providing them a platform to showcase their talent and encouraging more visually challenged to take up their favourite activities. She has already made it to the Limca Book of Records, after being the first visually-challenged woman to trek to KshitiDhar peak, which is 17,200 feet above sea level. AIASHA’s athletes have participated and emerged meritorious in various National and International sports tournaments.

AIASHA’s mission is ‘to support, make visually challenged capable and help them become a part of the mainstream society which has suppressed them socially, economically and politically’. Their vision is ‘Providing platform for the blind community to showcase their hidden talent and empower them to become self-sufficient, achieve new highs in sports and adventure sports’.

Tournaments represented by AIASHA are the below;

She secured the world record after performing the following adventurous activities:

She also holds several other  meritorious awards and recognition to her name.

PrevPreviousKolkata Now Has A New 7-a Side Astro Turf Facility
NextRooter,India’s Fan Engagement Platform Next