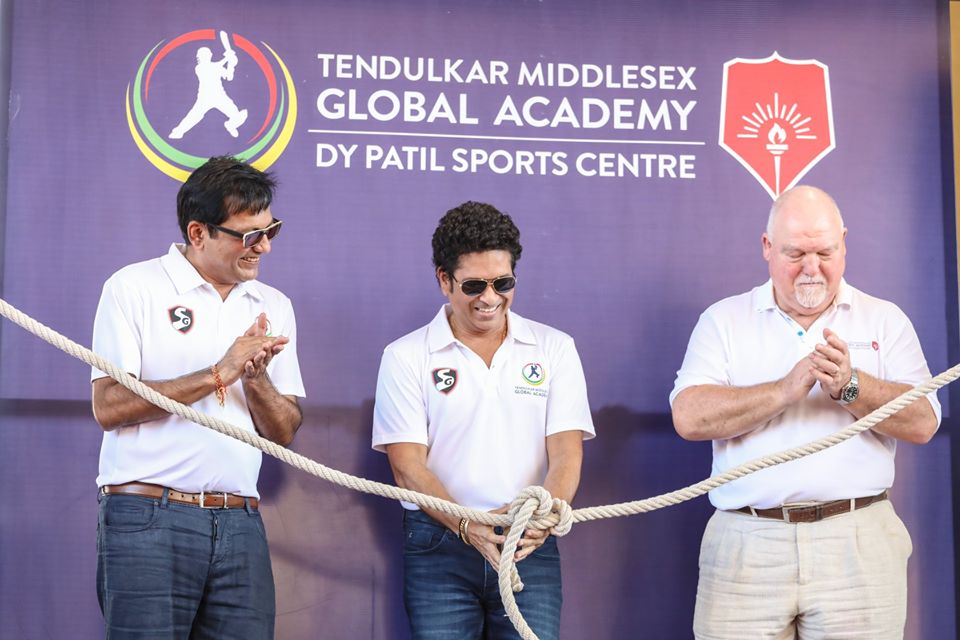 The Launch of TMGA’s first Academy at the DY Patil Sports Academy gives an extraordinary chance to more than 200 youthful cricket fans from inside and around the Navi Mumbai region, who will go to the Academy four times each week over the year, with more than 150 focussed sessions worked in for every member, conveyed by a world class instructing group, affected by Sachin Tendulkar himself and drove by DY Patil’s TMGA Head Coach and previous India Test star Vinod Kambli.

The program covering a wide scope of subjects, including specialized, strategic, physical, mental, scholarly and public activity abilities, TMGA’s members will profit by a one of a kind, inside and out and unmatched program, which joins various trains across both the donning and way of life fields – grasping TMGA’s vision of creating better cricketers and better worldwide residents.

At the launch of the Tendulkar Middlesex Global Academy DY Patil Sports Centre on Tuesday, he said the youngsters should be honest to their game and find no easy way to achieve success.

Tendulkar feels it is important for the youngsters to become good human beings. “I would want them to become better cricketers, but more importantly as my father told me it is also about becoming a responsible global citizen. It is all about sharing those values which I have learned,” he said.

Sachin, along with Mike Gatting, launched the Tendulkar Middlesex Global Academy at the D.Y. Patil Stadium in Navi Mumbai on Tuesday.

PrevPreviousFootball Ticket for a Cause
NextTata Communications to launch 100G media backbone to drive innovation in 4K video, eSports and remote productionNext