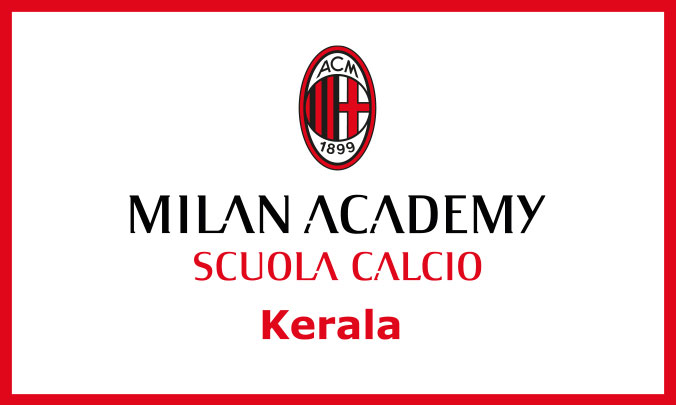 With this partnership, AC Milan wants to develop sports infrastructure and improve the quality of football in India by sharing the Club’s technical and organizational know-how. The goal is to promote football in Kerala and involve more than 600 children between 5 to 18 years of age, who will be given an opportunity to train with the academy. The Calicut Arena in Kozhikode will be the main academy and the headquarters of the entire project in Kerala.

Several other European clubs like Barcelona and Arsenal have also previously set up academies in India but what is unique about this project is that the academies will be run with the direct involvement of AC Milan and not by some third party assigned by the club. To ensure that the quality of training provided is high, AC Milan will be sending club legend Claudio Zola, who will supervise and schedule the daily training sessions in all the training academies with the help of the local coaches. AC Milan International Academies manager Alessandro Gianna said: “India is a highly strategic territory and we are proud to launch a project that, from the state of Kerala, will allow us to bring thousand of children into football with passion and competence thus promoting all those sporting values that have always been the basis of our club’s initiatives.”

This is exciting news for Indian football but in the past, we’ve seen similar projects by other European clubs that have not been highly fruitful. However, with the some experiences coaches from AC Milan coming down to India to coach the youngsters, there’s hope that this project will be different and would be the catalyst for Indian football

AC Milan is an Italian football club and was founded in 1899. The club is one of the biggest clubs in Italy and is well known all around the world for their spectacular quality of football. AC Milan has won several trophies in its 121 years of existence, the most noteworthy being the Champions League in 2007.