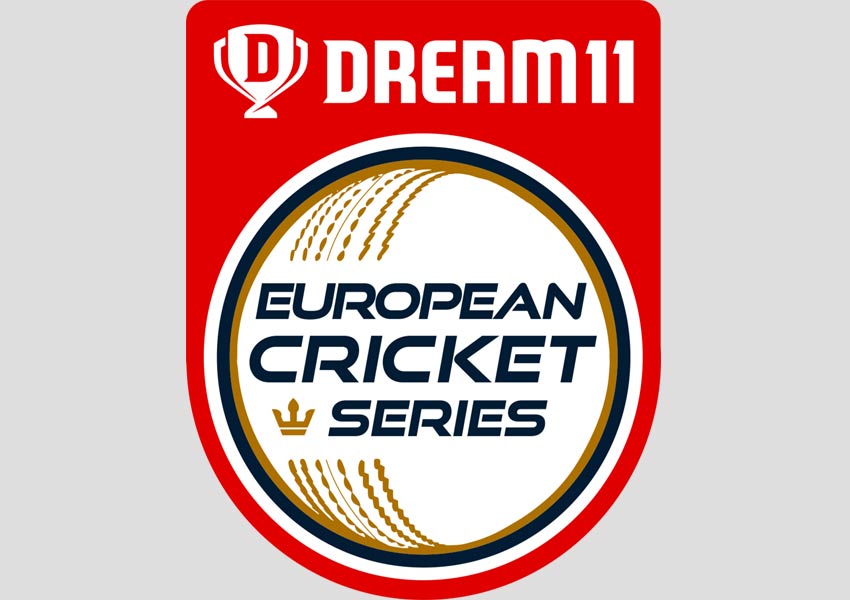 Dream 11 has joined hands with European Cricket Network (ECN) to become the official title sponsors for the European Cricket Series. Moreover, Dream11 will also be the official fantasy game, retaining the rights for the European Cricket League from last year, for the series which commences on March 2, 2020 and will be hosted in 20 cities across 14 European countries, each city hosting 20 matches. The cricket series will go on for 20 weeks, with 400 T-10 matches over 100 matchdays. The mission of the ECN is to create and encourage cricket in Europe, just as it is in England. Through this long-term collaboration, Dream11 is supporting the development of cricket in Europe and is also encouraging European cricket league in India.

Dream 11 was a sponsor of last year’s inaugural European Cricket League with shirt sponsorship rights and brandings around pitch-side LED boards. It can be said that Dream11 saw value in this partnership and hence has now become the official title sponsors of the series. This is a win-win situation for both the parties involved. The organisers of the series get a credible sponsor like Dream11 backing them both financially and strategically, whereas Dream11 gets early access to a potentially big market for cricket, i.e. the European market. Fans across the Indian subcontinent can catch all the LIVE action from ECS and ECL from March 2 to May 31 exclusively on FanCode. Talking about European Cricket, Dream11 spokesperson said, Cricket in Europe is currently played in small pockets with a limited set of audience. After the inaugural edition of ECL, we saw great uptake in the format, especially within Dream11 users and realized that European Cricket has a great potential to grow and eventually compete at the international level. We are happy to deepen our partnership with ECN and work towards building European cricket.”

Founded in 2008 by Harsh Jain and Bhavit Sheth, Dream11 is a fantasy sports platform based in India that allows users to play fantasy cricket, hockey, football, kabaddi, basketball and hockey with more than 7.5 crore users. It became the first gaming company to enter the unicorn club in 2019. It should be noted that Dream11 is the official fantasy game partner of The Board of Control for Cricket in India (BCCI), VIVO Indian Premier League (VIVO IPL), International Council of Cricket (ICC), VIVO Pro Kabaddi League (PKL), Hero Indian Super League (ISL), among others.