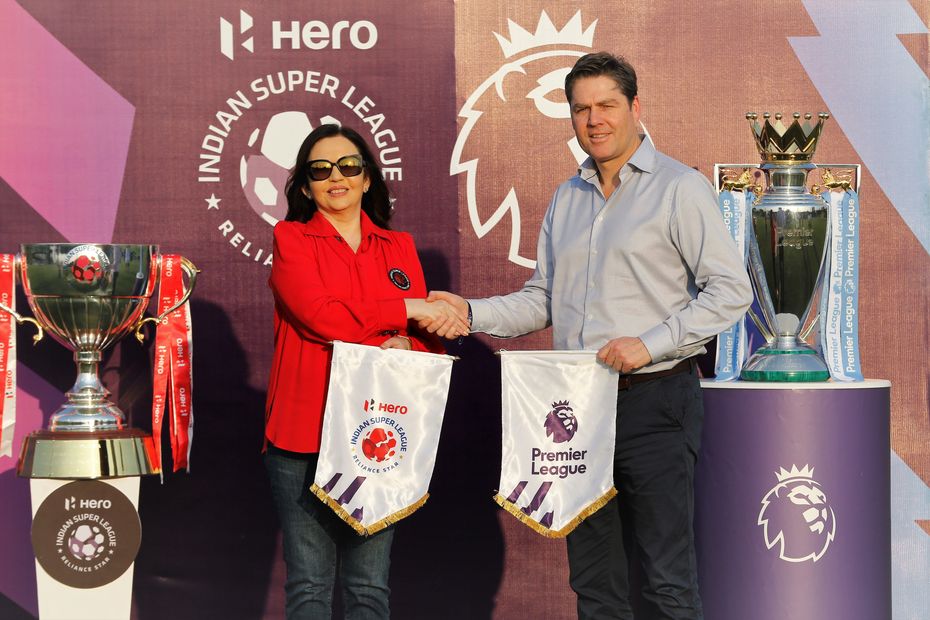 The English Premier League (EPL) and Indian Super League renew the cooperation agreement to keep on working together to share knowledge and expertise in every aspect of football i.e., governance, talent development, commercial growth, administration and wider community development. This agreement was signed by Nita Ambani, Founder and Chairperson of Football Sports Development and Reliance Foundation, and Richard Masters, Chief Executive of the Premier League at the Premier League-ISL Next Generation Mumbai Cup. According to The Times of India, the partnership started six years ago and with the help of new agreement both the leagues will continue to work together to strengthen the coaching, refereeing and football development in India. Nita Ambani, Founder and Chairperson of Football Sports Development and Reliance Foundation said, “The Indian Super League is now forging into next step of our partnership with Premier League. The association over the last six years have been very satisfying for the work we have done in developing Indian football. We would like the two Leagues to further strengthen the tie through the renewed Premier League-ISL partnership to work on youth development, coaching and refereeing aspects.”

The Next Generation Mumbai Cup 2020 is a competitive tournament which lasts for five days which was held on 24 February 2020 in Mumbai. In this year’s tournament, there were three Premier League U-14 sides including Chelsea FC, Manchester United FC and Southampton FC competed against three U-15 teams including Bengaluru FC, Goa FC and Reliance Foundation Youth Camps. The tournament provides academy players with a unique experience on the field with different weather conditions and playing style. Also, academy players get an opportunity to look in on different local schools and communities to know about different cultures.

Richard Masters, Chief Executive of Premier League said, “We are extremely pleased to reaffirm our long-term commitment to developing football in India by signing a new Mutual Cooperation Agreement. Over the past six years, and in partnership with the Hero ISL, we have supported football coaching and development, as well as other areas of the elite side of the game including infrastructure and finance. This new agreement brings with it a new focus, this time on the development of youth football, so we look forward to working in collaboration with our Indian counterparts to enhance this area of the game.” Crispin Simon, the UK government’s Trade Commissioner for South Asia and British Deputy High Commissioner for Mumbai and West India said, “The Premier League is an epitome of sporting excellence globally, and their work in India continues to support the rapidly expanding football sector here. The UK Government continues to work with the League to support the growth of the sports economies in both our countries, through the Indian-UK Sports Alliance, which brings together influential individuals in both countries to help drive collaboration.”