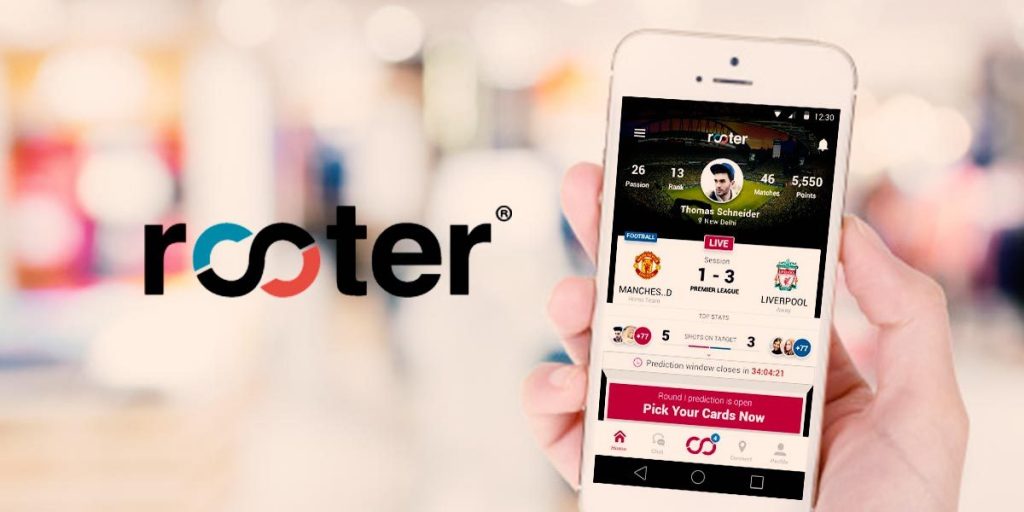 Rooter was launched by Piyush Kumar, Akshat Goel and Dipesh Agarwal as a platform to bridge the gap in the sports fan engagement market through a tech product. The core idea of connecting sports fans was born. We first wanted to connect fans just the way Tinder does. Its launched coincided with the Euro 2016 held in France, and later, it added cricket, tennis and other sports to its folio. It is a sports platform for the Indian sports fans where users can consume and create sports content in their preferred language. Rooter helps sports fans increase their engagement and connect deeper with the sports they love. Launched in 2016, with the mission of connecting sports fans. Rooter teamed up with Pro Kabaddi League teams such as Dabang Delhi KC and Akshay Kumar’s Bengal Warriors as their official fan engagement partner back in 2018 and this was a highly successful strategic move that helped Rooter broaden its user base

Rooter had raised funds from Bollywood actor Boman Irani, Kwan Entertainment partner Dhruv Chitgopekar and Prantik Dasgupta in October 2016, followed by a seed round by Intex Technologies in March 2017. It also raised Rs. 4.5 Crores in pre-series, a round from a clutch of investors of integrated incubator platform Venture Catalysts, and later was selected for lead Sports Accelerator Program, backed by Adidas’ Adi Dassler Family Office (ADFO). Total Funding Amount $3M till data according to crunchbase

Rooter launched as sports social gaming app but recently changed its business model by adding live and user-generated sports content to the app in order to get more sports fans to the app. When they launched back in 2016, their focus was on building a community of sports fans via live prediction games, match chat fora, quizzes, trivia and news updates and have been successful in doing so.

“We started Rooter with the core mission of connecting sports fans and creating fan communities. We believe content plays a very important role in bringing people together. 69% of time spent by Indians on smartphones is on content and social media. Rooter is a sports content and social platform for more than 300 million non-english speaking sports fans who want their content personalized and want to express themselves with voice and video, rather than text.”, said Piyush, the founder of Rooter. Now, in their new business model, Rooter plans to bring more fans to the app by giving new features such as uploading audio and video content and going live during matches to comment using the live commentary feature and analyse the conent. Explaining this move, the founder was quoted saying, “We were focused on gaming so far, but looking at the way Indians have lapped up to video and audio content, case in point TikTok, we believe that’s the segment we would like to be in. There is a big market gap here. Their live fantasy gaming which had live engagement opportunities for users was extremely successful and per user had an average time spent of 35 minutes per day.

In 2019, Rooter had 5 million users and in the near future, plans on capturing the Indian sports market through more creative and innovative features. The rooter app on android has 1 Million plus subscriber and an average user review rating of 4.4 stars (out of 5, 15,288 reviews) which reflects the quality of the content that the application provides to its users.