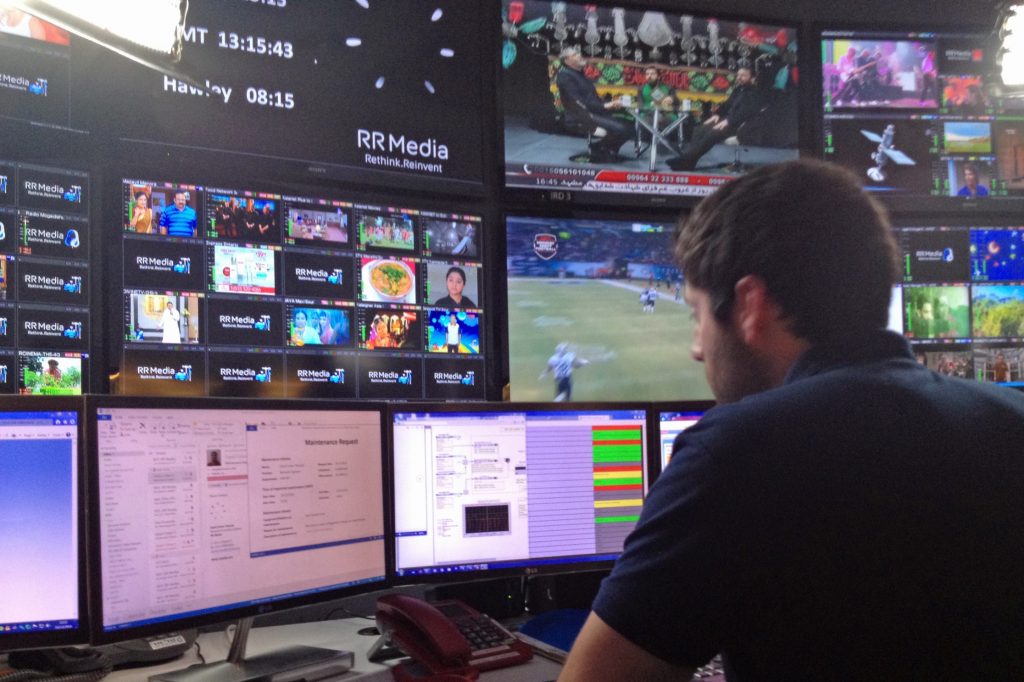 Sport is obsessed with Content. It’s a hard one to argue with, especially if you consume as much of it as I do.  It is central to the vast majority of what the sports industry revolves around and we have become pretty damn good at it too.

Watch some of the archive footage that is now readily available and coming to a screen near you. The stories are phenomenal, the events exceptional (we aren’t showing highlights of the boring matches of course) and the quality of the production has made leaps in the past decades.

Growing up as a solid junior golfer I was glued to Sky most weekends to watch my heroes. I thought it was impressive then but now when I tune in the graphics packages alone make you swoon.

As a result, it is hard not to congratulate ourselves at what a phenomenal job we are doing.

On top of this, the pivot to being media companies is providing a boon to the production of content. The slow emergence of the Chief Content Officer and the setting up, within major sports teams and leagues, of media houses, means we are producing content at a rate never before imagined.

Indeed, having spent the past 10 years becoming an expert in the Marketing Technology Stack around the sports industry – from both an investor and operator perspective – I am pretty clear in my mind what are the key elements I would bring in and the list of the top ten companies I would call on day one to transform any sports or franchise into an industry leader.

Having said all that, we need, however, to ask ourselves why we are producing all this content. It feels that currently, we have sports to produce content.

Sport has become a by-product of the need for content and that inherently feels wrong, but where we stand is at a point where Content has become our Why?

This is a dangerous place to be. It makes content far more transactional, less emotional and effectively a commodity. Content is simply what we sell not why we exist. For those in the digital world where a lot of this content now lives this becomes a problem. These digital experts are being asked to generate more revenue and at the moment that leads to just more content but that, of course, will drive down the value of your content. Engagement levels, as traditionally measured, will inevitably drop over time as you inundate your feeds with content and so now you are in a dangerous loop chasing your tail as your yield decreases.

As humans tend to act like sheep we end up with a lot of mimicry. That means that all the way down the value chain of sports we increasingly lean on the content and it becomes harder and harder to stand out from the crowd. It why the work of AS Roma stands out so much. Yes, they produce a lot of content, but the injection of meaning and humour has made it pop when there is so much fizzle.

Part of my mental shift began on reading Simon Sinek’s seminal work ‘Start with Why?’ As I have argued before we need to be asking ourselves what the Sports Industry is all about

This is all about Community. As explained before this is the root of where sports come from in the modern, post-industrial revolution era. Communities can be large or small, local or global. You may be a part of multiple communities. For instance, I grew up in Brasil as a Flamengista, yet for most of my life I have been going to Chelsea games, and yet I have rooted for Barcelona since they beat Man Utd in the early 1990 featuring the incomparable ‘malandro’ Romario.

Building, maintaining these communities is our lifeblood.

In this dark day for Sports when there are no live events ask yourself where your business stands when you have no live content. Clubs and leagues are desperately trying to draw on some new ideas and not grind to a halt.

The reality is that in most cases the content now is coming from the athletes and the fans themselves (UGC). This is not your content and yet they still engage…so are they interacting for your content or is it because there is something bigger?

This is about involvement. We should commend the industry for embracing the concept of fan engagement and the many strides the sector as a whole has made, in particular enabled by new software technologies that have emerged. If you don’t yet believe that ‘Software is eating the World’ you should look again at what is currently powering your business.

These tools and the hardware they serve have made a massive impact on how we are producing content and fooled us into thinking that content is the Why? Yet this is a fallacy.

What we are should be trying to achieve is that sense of participation, of emotional engagement and the sense of belonging. If need be you can equate this to the marketing funnel – the actual goal of building the community is through involving taking the casual audience in our sport, our league, our club and building a sense of being a part of a club.

Don’t misinterpret participation as just mass participation or involvement simply as a like, a share or UGC. It will take many forms including sitting back and just watching it on a big screen tv.

Even if they never come to your stadium that involvement will make them more a fan than a follower.

This is where we get to the content. It’s how we get people to get involved, to build that sense of attachment and community. Here is where content finds its role.

Content is simply, therefore, a tool towards the ultimate goal of involving someone and making them a part of your larger community. It is an ESSENTIAL tool.

Just because content is actually in the What rather than the Why bucket doesn’t suddenly make it meaningless. Content can still be king, because it is the spark, the catalyst for the involvement. It inspires, it brings people in, it makes us stare and more often then we like to admit it makes us look again in disbelief.

For me its Ronaldo hitting his brace in Japan, Drogba’s header, DiMatteo’s screamer, and Gabigoals last-minute heroics. Its also losing in Kiawah island, Curt Schilling’s Bloody Sock and Tiger being chased with a nine iron and so many more.

The stories that sport conjures, the twists in the plot lines, the unwritable scripts are what bind us a wider community and to our own smaller ones.

That we have AI tools that enable us to automatically cut, tag and distribute in a targeted global way live content shouldn’t forget why we are doing this. It’s not just so people see the content, it’s so they want to be a part of something more – even if it’s only for a few more seconds.

A fan doesn’t need to watch 90minutes to be defined as a fan but there does need to be something more tangible than just clicking a like button.

The beauty of understanding that content is a tool rather than an end goal is that it should free up your content team to be more creative, to understand that production is not the goal and for the Chief Content Officer, or equivalent, and her colleagues to set out a vision of what is expected. With this mindset each organisation, having defined its communities and involvement strategies can adapt the content far beyond simply regurgitating highlights or MOTM votes.

Content is perhaps the most important tool in the box. It should be treated with respect and nurtured. It asks the questions and opens eyes, but we don’t own it anymore and its not the only tool we have.

Sport is partly magical because every season, every quadrennial, the reset button is hit. Hopes and dreams come alive and a new story is set to begin in a way no Hollywood Exec could imagine.

In today’s age we have amazing hardware and software tools to enable us to both make and distribute this content in unfathomable ways and to virtually every eyeball on the planet. We are truly blessed.

At the same time if the content is our Why then we are all screwed. Those very same tools have democratized the ability to create and distribute content. You don’t need an expensive setup, you don’t require a studio or TV deal to break into the public consciousness. You simply need a phone.

If you don’t want to get lost in the deluge of content you need to start with Why?

Disclaimer: The opinions expressed within this article are the personal opinions of the author. The facts and opinions appearing in the article do not reflect the views of Bizbehindsports and Bizbehindsports  does not assume any responsibility or liability for the same