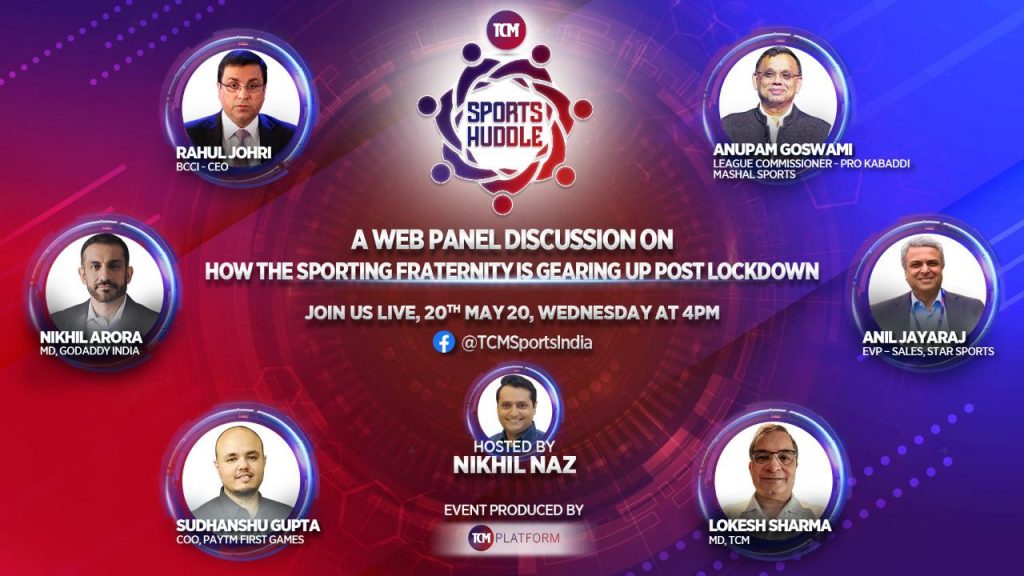 Twenty First Century Media (TCM) has organized a webinar,  Sports Huddle which will cover “How Sport is gearing up for a post Covid era” at 4 pm on 20 May 2020. The webinar is hosted by Nikhil Naz on the Facebook page @TCMSportsIndia. This free webinar is for all sports enthusiasts and those who eagerly want to know the future of Indian sports. Panel members include some of the biggest names in the Indian sports industry –

Sports marketing and management company, the Twenty First Century Media was founded by Lokesh Sharma, a sports journalist and entrepreneur. They have been working with cricket for two decades. Furthermore, the firm has handled the sponsorship of more than 1000 international cricket matches including Cricket World Cups, Asia Cups, Indian Premier League (IPL) and international matches in West Indies, New Zealand, South Africa, Australia, UAE, India and England. The TCM has also involved itself in other sports namely, Hockey, Football, Badminton, Kabaddi, Golf and managed Indian and international sporting talents as well.