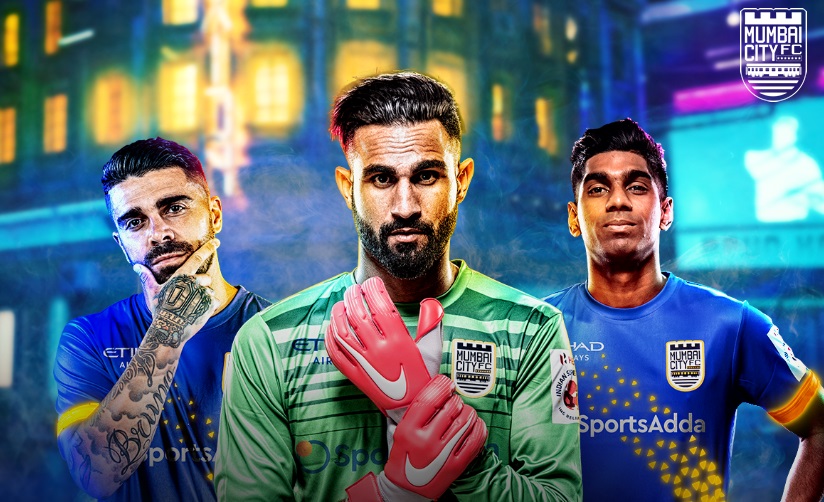 Mumbai City Football Club, also known as the Islanders, is an Indian professional football club founded in August 2014 as a part of the inaugural season of country’s premier and now top flight league competition, the Indian Super League. Renowned Bollywood celebrity Ranbir Singh, and chartered accountant Bimal Parekh, who also acts as investment advisor for Aamir Khan and Katrina Kaif, came together as the co-owners of this Mumbai franchise. The pair always asserted that they would look for an international football club as a partner, should their stakes be diluted. This wait came to an end after a little more than 5 years, when City Football Group acquired 65% stake in Mumbai City FC, with the remaining 35% jointly held by Kapoor and Parekh. This was not the first time that Indian football witnessed global football giants take interest in Indian Football. The likes of Atlético de Madrid and AFC Fiorentina have previously been involved with Atletico de Kolkata and the now dissolved FC Pune City respectively. However, none of them have been as global or as high profile as City Football Group.

Why did CFG decide to enter the Indian market? Why did they decide to invest in Mumbai, which isn’t known for its football culture, over the traditional hotspots like Kerala, Kolkata or North East? And how will the parties benefit from such a move?

To find the answer to the aforementioned questions, look no further than CFG’s complex football club ownership and CEO Ferran Soriano’s vision, inspired by Disney for world domination. City Football Group was found in 2014 as a holding company for all the sports properties owned and operated by Abu Dhabi United Group. It was founded by Sheikh Mansour bin Zayed Al Nahyan in 2008, for the acquisition of Manchester City, the crown jewel of CFG’s umbrella. Since then, CFG has expanded its global portfolio to eight clubs all over the world, consisting of New York City in the United States, Melbourne City in Australia, Yokohama F Marinos in Japan, Club Atlético Torque in Uruguay, Girona in Spain, Sichuan Jiuniu in China and Mumbai City in India. The number may soon change to nine in the coming months if CFG agrees a deal with AS Nancy, a second-tier French side. CFG’s multi club ownership model can be attributed to Ferran Soriano’s vision of transforming football clubs into global entertainment businesses. That’s where Mumbai City FC comes into the picture.

Apart from being the financial capital, Mumbai also tops the chart in technology sector hiring across top five Asian cities, (Singapore, Hong Kong, Tokyo, Kuala Lumpur and Mumbai) according to Economic Times. From customer and advertising point of view, the decision to choose Mumbai also seems more logical. Mumbai has been crème de la crème in the advertising business for decades now. The city generated Rs. 3634 crores in advertisement revenues across print, television and radio in 2000s. For the same reason, Mumbai has fared better than other ISL clubs, in terms of partnership and sponsorship, according to Blah. With a strong digital strategy in place, evident from Manchester City’s “All or nothing”, CFG has the ad capital of India nailed down deeply into their long-term plans. Additionally, Premier League has also gained a strong foothold in India, especially among the middleclass, over the years. Countless Indians travel to UK every year, just to watch their teams play. City Football Group undoubtedly hopes to make inroads in this section of fans by turning them into Indian football lovers. Constant investment at grassroots level and state-of-the-art facilities will go a long way towards achieving that.

While announcing the deal, Soriano mentioned that they have been looking into the Indian market for a long time. Former Mumbai City CEO Indranil Das Blah, who recently parted his ways with the Islanders, said the deal was in working for 2 years before being finalized and CFG have been scanning the Indian landscape for more than 5 years. Interestingly, Das mentioned that CFG were drawn to the ‘buzz of Mumbai’. Understandable, considering that Mumbai is the entertainment capital of India housing Bollywood.

According to Simon Chadwick, director of Eurasian Sport at Emlyon Business School, Mumbai fits the bill due to a sizeable football community, Bollywood and a flourishing technology sector. The picture becomes a little clearer if we consider recent developments like #NBAInMyBackyard campaign and FIFA U17 Women’s World Cup emblem unveiling, with both of them integrating Mumbai’s iconic identities in their advertisements. With growing consciousness about sports and a significant section of new age fans associating themselves with the brand of Manchester City, there is a massive opportunity for CFG to build its international audience and convert them into ‘Cityzens’. Mumbai City FC is connected with more than 900,000 fans over Facebook, Instagram and twitter.

Still, Indian football fanatics remain apprehensive. They believe that East or South India should have been CFG’s preferred destination due their rich football heritage. However, this stance could have impacted CFG’s strategy negatively owing to the presence of iconic local clubs and unswerving fan loyalty towards them. In addition, Mumbai, as a state, delivers convenient 24×7 media spotlight. CFG would have already done their homework in that regard and sooner rather than later they will hope to see Mumbai City FC transform into a maverick of Indian football. Which brings the matter to the field of infrastructure and real estate sector.

Except cricket, the country’s sports struggle when it comes to stadium and training facilities. No Indian football club has the sole ownership of the stadium they play in. This has a huge impact on gate receipts flow as they have to be shared with the stadium owner, the government in most cases. Most of the venues are intended for multi-purpose use. Either a cricket stadium is converted into a football pitch or an athletic track confines the passionate fans into far way stands, draining the match of the atmosphere. Although there was no word from CFG officials on infrastructural improvements in and around Mumbai City FC, there’s a positive precedent in Manchester City’s £100m Etihad campus plan to produce homegrown talent of world-class caliber. The ISL clubs do not boast of a youth academy setup like some of their I-League counterparts and only in August 2019 did the Islanders announce the launch of Mumbai City Football Schools. CFG made it clear that grassroot development is a massive priority for them, which would be hard to accomplish without any substantial investment in facilities.

Continuing in the same vein, CFG’s chairman, Khaldoon al-Mubarak said – “City Football Group is committed to the future of football in India and to the potential for Mumbai City FC within that future. We are very much looking forward to playing an active role in Mumbai City FC’s fan and local communities, and working with our co-owners to further develop the club as quickly as possible.”

Interestingly, MCFC can be an acronym for both Manchester City FC and Mumbai City FC. While this might seem like a convenient coincidence, it has been a concerted effort from CFG to produce uniformity in club abbreviations. This could help greatly in branding purposes as well. Sister clubs under the umbrella have been rebranded to fit Manchester City’s look and feel as reported by Tifo Football; most controversial of them being Australian club, Melbourne Heart’s name changed to Melbourne City FC a.k.a MCFC. 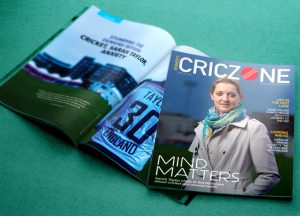