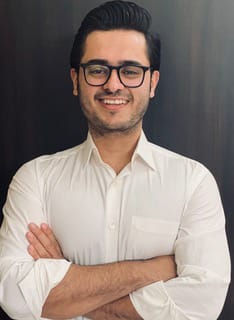 PUBG fans in India had one more reason to be thrilled about the game in the recent past; PUBG Mobile EWar Mahayudh. The event that started in June 2020, with a prize pool of Rs.2,50,000 is hosted by EWar games and Trinity Gaming.  Bizbehindsports had the pleasure in interviewing the CEO & Co-founder of EWar Games, Mr. Parth Chadha and we talked about the vision, team behind EWar, challenges, future of the Indian Esports and so on.

EWar is out to unleash the immense talent in India and showcase their skills on one platform. EWar is an app built on the concept of play, watch and earn in casual games and hardcore titles like PUBG, Freefire, COD etc. My co-founder and I used to play a lot of games. Our aim is to create the next Esport leader in the country. India has a lot of talent in games, which is fragmented. No Single platform uplifts the game as of now.

In the current gaming scenario, to reach PMPL, there is no trajectory defined for someone who wants to go professional. There is no platform where a gamer can improve, be a part of the community, and grow as a gamer and eventually represent their district and their country. For example, IPL or Ranji Trophy is a benchmark for cricket. But for e-sports, such criterion is lacking. EWar Mahayudh is that benchmark.

Q: What do you think about the involvement of endemic or non-endemic brands?

It is already happening, educational institutes are co-branding with e-sports and consumer brands are starting to come in as well. The reach of Mahayudh is 2-3 million and the audience watching e-sports are the primary consumers of these brands, institutes, etc.

Q: Tell us about the team.

We have a core team of 12 member, including hires from Big Gaming Studios in India. Advisors Include Satya Mahapatra with over 17 years real money gaming experience, ex CMO Junglee games, Jeet Banerjee an angel investor with over 20 years of experience in the franchise business and founder of Gameplan, India’s oldest player management company. Thanks to them and tech competency in the team, scaling is possible with minimum time & capital. The total strength of the Team is 23.

Q: What occupations are mushrooming to support the gaming community?

There are so many options out there;

Q: What is EWar Developer Progam? What is in it For Game Developers?

You submit the game to EWar, and if it is a skill-based game, it is fast-tracked and analyzed in 7-10 days, tested using in-house players and then put live for the users on the platform and 15-20 days after being posted,  you start getting revenue out of it. We have a couple of games on EWar made by individual developers like college students.   Apart from developers, we have VFX & GFX artists working in EWar Mahayudh, handling the animation needs.

Q: What do you have in store for Streamers? Tell us about EWar Streamer Partnership Program.

The Challenge for a new streamer is to get the initial viewership base. EWar gives a chance to live stream; rest is dependent on the audience and attractiveness of content. To support streaming as a career, a streamer can make money through sponsorships and on-stream interaction options like Shout-outs. EWar has incorporated top features from other live stream platforms. Additionally, supporting eight local languages, it aims to cater to a diverse base. EWar had received over 200 applications by streamers at the time of the interview.

Q: How does EWar plan to achieve 2mn Users?

We want to blitz scale this. Positioning in the market is right, it is a platform to showcase their talent. The retention is in favour because it is one-stop solution to gaming. A platform like EWar caters to every need of the user. There are casual games, videos streamed, live chat, in-game giveaways and so on to woo the audience. By hosting the championship and leagues, more sponsorship titles, regular tournaments in the platform, EWar is the place to showcase your talent, which would help retain users with high lifetime value. Mahayudh is being covered by all major channels, including digital, as well as on Social Media.

Q: How do you tackle the fact that the target audience does not spend on the games?

This phenomenon was a stigma. Earlier gaming was seen as entertainment, but now it has more seriousness. People play hours on the platform, and they treat it as a career. Once you get skilled in a particular game, you would like to invest money in it. It is the gamer behaviour and is significant in the online gaming industry’s real money gaming segment. If you put in 100, you win 200. You will be incentivized to invest money in it. You are sitting at home and leveraging skill set and earning money. Gaming earlier was supposed to be only for entertainment, the dynamics have changed, prize pools reaching $ 100K, Vfx, Gfx, commentators, live streamers, more people are interested in participating in career-wise.

Q: What do you think of the effects of current pandemics?

COVID has amplified our reach. People were unaware before, but the dynamics have changed post-pandemic. People are going to focus on the gaming industry and people will invest as the gaming industry will mirror what the e-commerce industry was in the last couple of years. The audience are consuming gaming content.  Times are changing, very soon we would see parents spending on the kid’s machines to build a career out of it. Esports are not just for entertainment now. If you are building a game or someone who likes to stream, keep doing it.