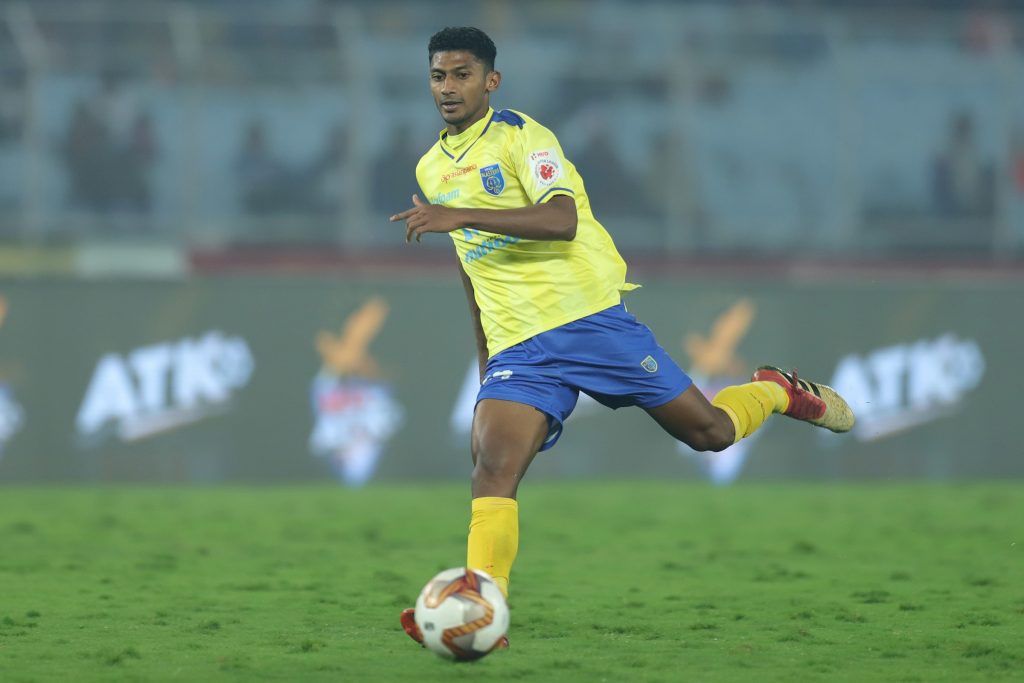 Kerala Blasters FC extends Abdul Hakku contract for 3 more years. The 6’ tall center back from Vaniyannur village, Malappuram started his football journey at the Sports Academy in Tirur before signing for the DSK Shivajians Youth team. He further went on to play for their senior team and later for Fateh Hyderabad in the 2nd division of the I-league. Quick on his feet, the player is impressive when on his defending duties and is also swift to intercept the high balls. The 25 – year old ball playing defender got his first taste of professional football when he joined North East United FC in 2017 before joining Kerala Blasters FC the following season. Hakku got his big opportunity with the club during the Indian Super League season 6 (2019-20), wherein the player was able to showcase his talent during the opportunities he earned for the team. Kerala Blasters FC strongly believes in the stopper back’s effective tackling skills and have placed their trust with this new contract, which is also a testimony to the club’s vision of growing and developing local talents from the state.

“Being a local boy from the state of Kerala, Blasters is my family, my own, always! I am really happy that the club has shown faith in me and I will make sure that I work harder going forward. I hope we can win many trophies together and rejoice with our 12th man, our heartbeat, our fans. This is my home, and I am here to stay!” said Abdul Hakku on his contract extension.

Kerala Blasters FC Sporting Director Karolis Skinkys said “Abdul Hakku has potential to become a mainstay in the club’s defence line. We believe in his tackling abilities. With strong will power,  hard work and dedication from the player, I hope to see him grow and evolve into one of the best defenders from the state, under the guidance of our new Head coach. Being a Kerala boy, we also hope to see continuous love and support from our fans that will help build his motivation.”