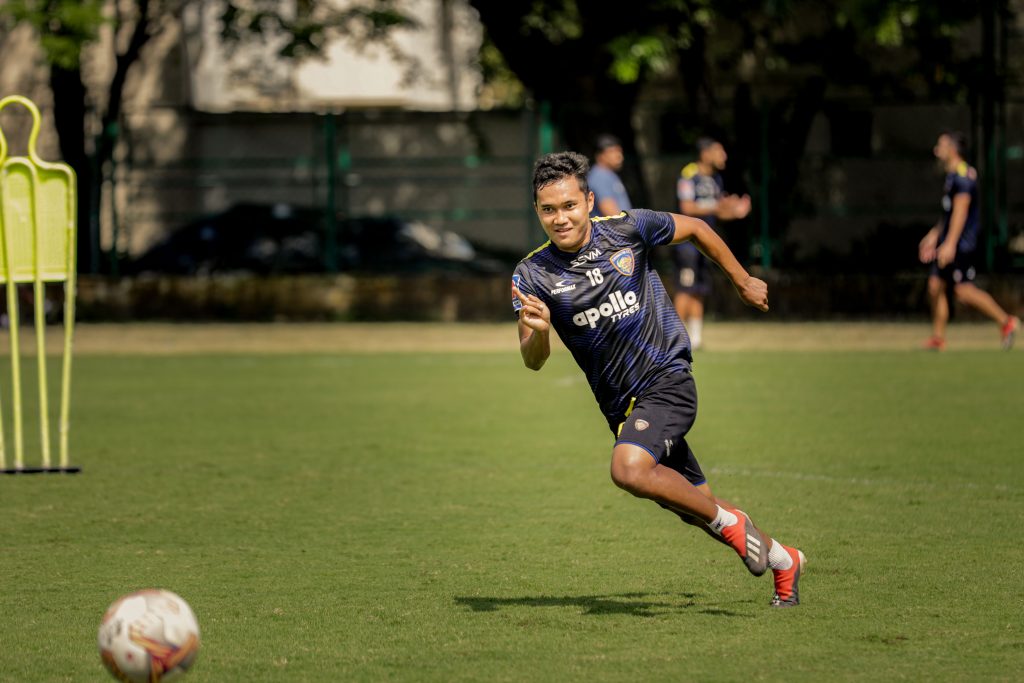 Heading for a fifth season in Chennaiyin blue, the talented left-back from Mizoram has been a fan-favourite and mainstay in his position, having made 65 appearances for the club already; playing a pivotal role in the 2017-18 Indian Super League title triumph as he featured in all but one game that campaign. Fittingly, the nine-time capped India international committed his future to the two-time ISL champions on the eve of his 22nd birthday, with the announcement coming through on his special day.

“I am very happy to have extended my time at Chennaiyin after another memorable season last time out. My journey with the club so far has been an incredible learning experience; everyone associated with it over the years has moulded me into the footballer I am today. I can’t wait to wear the CFC jersey again and continue fighting for our passionate supporters. Looking ahead, I hope my fifth season at the club results in five star achievements!” said Jerry, who made 14 appearances and notched two assists in the 2019-20 ISL campaign enroute the final, which unfortunately ended in defeat.

“Jerry is a fantastic talent whose qualities have been nurtured at Chennaiyin FC over the years. We are incredibly proud to see the progress he has made, becoming a tenacious and gritty presence who has been a vital component of our recent success. And we are excited to see him developing further and contributing to the club’s ambitions,” said Vita Dani, co-owner of Chennaiyin FC.

An AIFF Elite Academy graduate, Jerry benefited greatly from a training stint facilitated by CFC at France’s FC Metz in the summer of 2016, where he was joined by current teammate Anirudh Thapa.

On returning, Jerry joined the CFC ranks and continued to impress. He was handed his league debut by Marco Materazzi during the 2016 ISL campaign, making him the club’s and the league’s youngest starter at 18 years. The boy from Aizawl recorded two assists and one goal in 13 games; the goal a stunning free-kick away at FC Goa on the final day which also made him ISL’s youngest goalscorer at the time. Deservedly, Jerry was presented with the 2016 ISL Emerging Player of the Season gong for his eye-catching performances. Shortly after, he enjoyed a loan spell with DSK Shivajians in the 2016-17 I-League season, for whom he made 19 appearances and also bagged the Best Emerging Player of I-League award.

After contributing immensely to Chennaiyin’s 2017-18 title glory, Jerry featured in the club’s debut campaign in Asia and in the run to the Super Cup final the following season. A forgetful 2018-19 ISL campaign ensued though as CFC finished bottom; however the team made a stunning comeback in 2019-20 to reach a third ISL final in six years. And Jerry’s performances mirrored that fighting spirit as he made the left-back position his own once again.Having represented India across multiple age-groups, Jerry made his senior debut in June 2017 against Nepal in a friendly. With valuable experience garnered at a relatively young age, Jerry will be aiming to take his game to newer heights for club and country in the seasons to come.