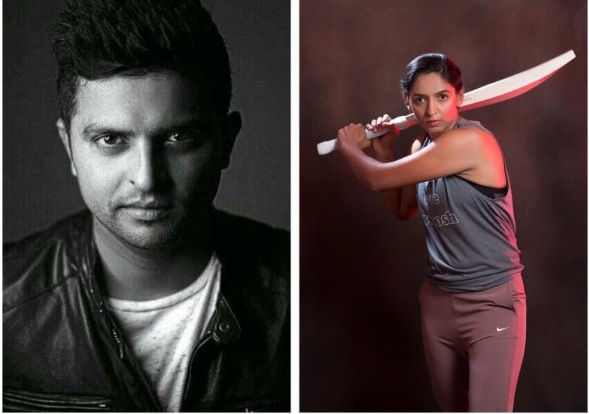 The new fantasy sports gaming platform WTF Sports (WIN TRADE FANTASY), headquartered in Bengaluru has officially reported their launch in India and globally. Furthermore, they have designated two well-known Indian cricketers as their global brand ambassadors – Suresh Raina (also the strategic partner of WTF Sports – India and Global), the Mr IPL and Harmanpreet Kaur, the captain of the Indian team at the ICC Women’s T20 World Cup 2020 and recipient of the Arjuna Award for Cricket in 2017.

The founders of WTF Sports announced the partnership through a web conference with Vikram Sathaye, a cricket host and moderator and host of the webinar.

The WTF Sports was founded in July 2020 and the app features three major sports (fantasy cricket, fantasy football and fantasy basketball), diverse playing modes and thrilling contests to make sports fanatics more skilful by allowing them form strategies and use their sporting knowledge to earn rewards. Rules are simple, users select a match, apply their knowledge to create their teams consisting of real-life players and score points based on their performance. It also allows them to compete with other fans and invite their friends.

Expressing their views, Vinit Bhatia, Manit Parikh and Yash Kadakia, Co-founders of WTF Sports – India and Global said, “We’re excited to launch WTF Sports and indulge the sports fanatic and have them use their sports knowledge. Harmanpreet and Suresh are some of the top players from the Indian cricketing world, they’re also great sportspeople, their energy, fierceness and strategic bent of mind is what makes them great Global Brand Ambassadors and they’re the perfect embodiment of the platform. It was also extremely exciting to have Suresh on board as a Strategic Partner with us and help us evolve the platform as we go along.”

Harmanpreet Kaur, Global Brand Ambassador of WTF Sports said, “WTF Sports was the perfect fit with me, I can use strategy and my experience while playing, I’ve actually learnt to strategize better as I’ve played along. Additionally, when we were under lockdown and I couldn’t really practice, it was fun to come on the platform and feel like I’m still playing.”

She also took it to Instagram expressing her excitement saying, “Being a part of the A-team is the best move. Glad I have WTF sports as a team mate. Join us in India’s biggest sports fantasy league.” The post received 50 comments as of 6 August 2020.

Suresh Raina, Global Ambassador and Strategic Partner of WTF Sports ,  “It is exciting to be a part of a fantasy sports platform like WTF Sports not just as an ambassador but also as the strategic partner, it is everything that I embody and what I believe in, it’s fierce, fun and competitive.”

He also took it to Instagram saying, “Now, this is what I call a partnership. Super excited to be joining hands with WTF sports. Join me in India’s biggest sports fantasy league.” The post received 151 comments as of 6 August 2020.