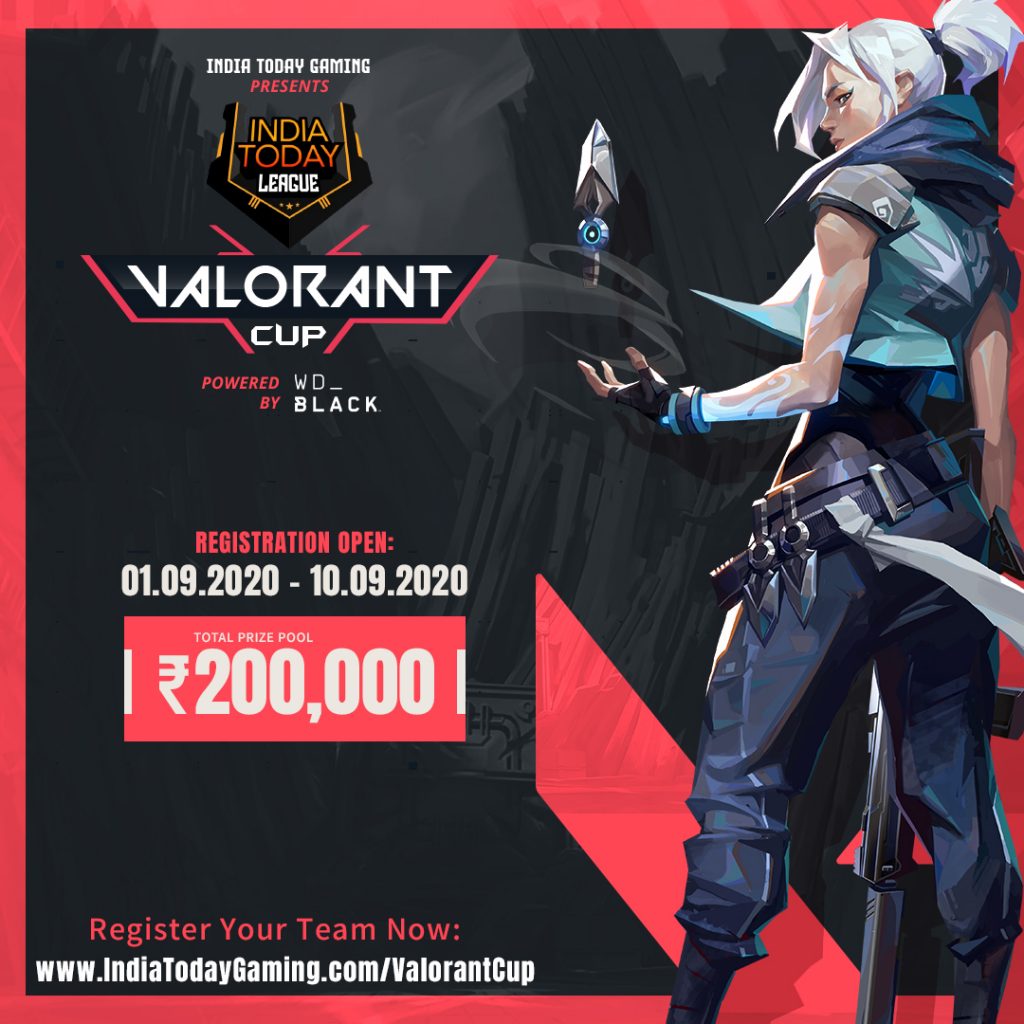 The Valorant Cup will be held from 12 September to 27 September and will feature 256 teams. The tournament starts on 12th September, you and your friends can register at www.IndiaTodayGaming.com/ValorantCup

For the uninitiated, Valorant, published by Riot Games, is an adrenaline-pumping team-based tactical shooter game in which players play as one of a set of agents. Characters are designed based on several countries and cultures from across the world.

In this game, team can have up to five players and you get to start with a ‘classic pistol’ in your hand. With kills and spike actions you move higher up the ladder in matches spanning over 13 days in India Today League, Valorant Cup.

India Today Gaming Prize: Stand a chance to win up to Rs 1 lakh in a Prize Pool worth Rs 2 lakh. The winners of India Today Gaming walk away with Rs 10 lakh while you’re guaranteed Rs 10,000 prize money even if you end up playing in the group stages.