The Bat Engineer: Engineer your imagination and produce it in reality 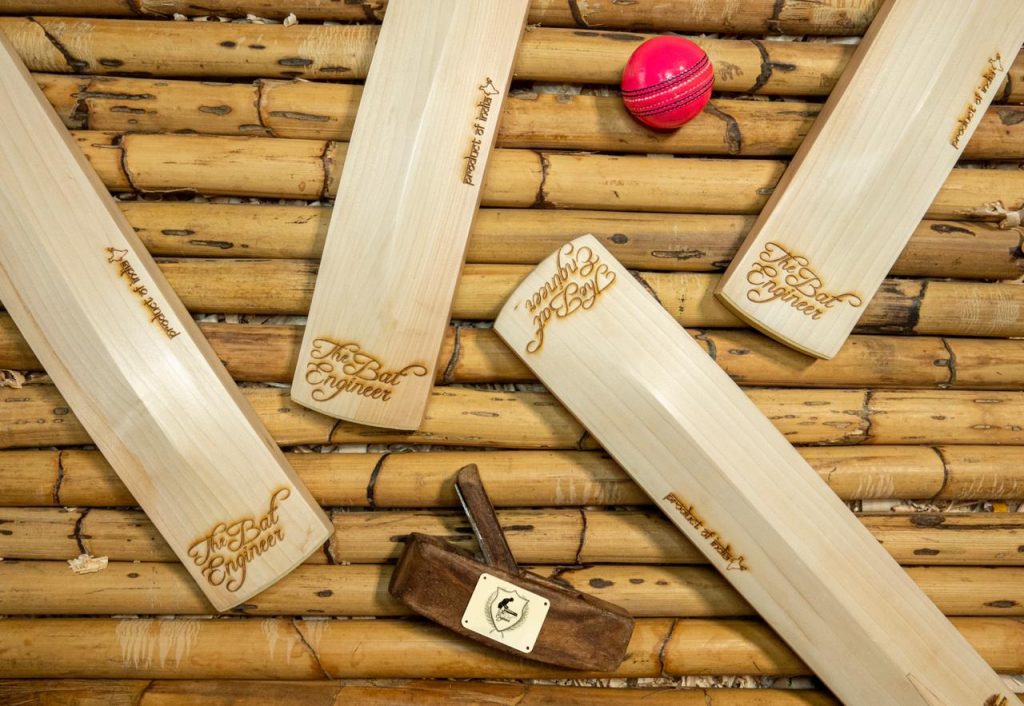 The Bat Engineers, as the name suggests, they engineer bats. They curate and provide cricket bats based on the athlete’s requirement, having a completely different idea of production. The company is established under Nipan Overseas, a trading company thatis a distributor and supplier of sports goods from Jalandhar, Punjab. The Bat Engineer is a personalised brand of Nipan Overseas, where they make cricket bats based on the athlete’s needs. They identify customers and provide maximum services by accepting challenges and providing solutions to the problems. Their mission is to help players make their dream come true by engineering their imagination and producing it in reality.

The brand is founded and owned by Mr. Jasraj Singh, he is 23 years old hailing from Punjab. It has been only 2 months since The Bat Engineer started off and now it’s a team of 35. Jasraj established this company after having a conversation with a cricketer, who happened to be close to him, complained about not getting preferred cricket bats in the market, and that the athletes have to suit their style of batting according to the bats available at their disposal. There is nothing new in the market, all that is there is the old style without any change for a long time. After this conversation, he realised the market need and came up with the idea of having his own brand producing innovative cricket bats, which will make bats according to the cricketer’s preferences so that athletes don’t have to compromise on their style of batting and everyone could have customized cricket bats.

Jasraj’s family business at Jalandhar is named Bonny international which manufactures and does the import-export of sports good through Nipan Overseas, their sister concern company, which has been in this industry for 11 years. Bonny International is known for its English Willow bats. Hence, starting a new brand of his own has not been a challenge for them. Bonny International manufactures its products with Nipan Overseas trading it across the world.

Having extended family in Canada, The Bat Engineer has a distributor there as well. Anyone looking out for their products in Canada can avail it. The entire production is done in Jalandhar and then exported through Nipan Overseas to different parts of the country and abroad as well to the UK, Australia, and other European countries majorly. Within two months of start off, they have been able to establish themselves and have reached out to athletes and retailers. They provide the service across the country and are looking forward to making more establishments with Amazon and Flipkart, promoting their brand, reaching out to athletes by tying up with cricket academies. Presently they have distributors in Punjab and Delhi, and further ahead they will be appointing more of them. All of this is currently being delayed due to the COVID-19 outbreak worldwide.

They have a wide variety of cricket bats- player’s edition, limited edition, premium, professional, exploder, classic edition, legend blaster, hitter, top shot, master. Their prices range from 7,999 to 39,999. Apart from these, they also provide customized bats. The athlete has to give them the list of his/her specifications and within 7-10 days they will produce the bat and deliver. They provide the bats to a number of retailers as well, in Tamil Nadu, Hyderabad, and Delhi. Their bestsellers till now are the hitter and the player’s edition based on customer reviews.

Starting as engineering cricket bats, they also provide player’s kit bag and camouflage batting leg guard now, which they have exclusivity on as no other brand is making it at this moment. Their play edition’s bag has at least 15 features which act as a multipurpose kit bag. Shortly, they are looking forward to providing more cricket equipments at their disposal. Soon they will be coming up with more new models with advanced features.

The Bat Engineer has its own Facebook and Instagram page with over 3000 followers along with a website of their own. All the platforms can be used to connect to them and place an order. The website has an online shopping cart which makes it feasible to use and place an order.

The Bat Engineer has recently sponsored the captain of team UAE U-19 and the Ranji Trophy Delhi, and soon they will be doing sponsorships with 3-4 players to enhance their reach. In the 2 months of their start-up, they have been able to cover around 20 athletes and a couple of retailers.

The key feature of this Punjab based start-up is that they provide customized bats which suit the player’s needs. The cricketers don’t have to rely on their batting style based on the product available in the market but the other way round. Their vision is to reach out to more athletes and want them to directly connect to them with their specifications. The Bat Engineer is for the athletes who want something exclusively from them.