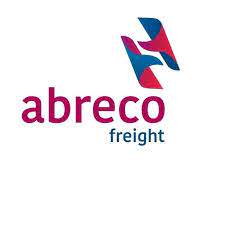 Luca Soccer Club announced that they have roped in Abreco Freight as their official title sponsor for the upcoming season 2020-21. The news confirmed by the club via an official press release.

Abreco Freight Private Limited was established in 2010 and is one of the leading International Freight Forwarding Divisions of Manchester Shipping LLC with the organisation’s corporate division of located in Dubai, UAE. Their operations are functional in over 30 countries with India being one of them. The official press release by Luca SC stated that the sponsorship deal was a success with the Dubai based company due to their strong links within Kerala which paved way for sponsorship at the club.

The Freight handling company is looking to expand and spread their roots in Kerala having recently set up an office in the commercial capital of the state, Ernakulum.

Luca SC Director Mr. Navas KV commented on the special occasion. He said “This is a historical day at Luca SC. I can tell you they were impressed by our plans on the first go. They have a strong attachment towards football & Indian Football. We are happy to have them on board.”

Club CEO Mr. Waivaw Srivastav spoke on the development too, “Undoubtedly it is a moment of joy, we have worked hard to rope in a title sponsor, we hope to go very far with them & give back the community of Malappuram & Kerala.”

Luca SC, a Malappuram based club, was formed in 2017 and competes in the Kerala Premier League.