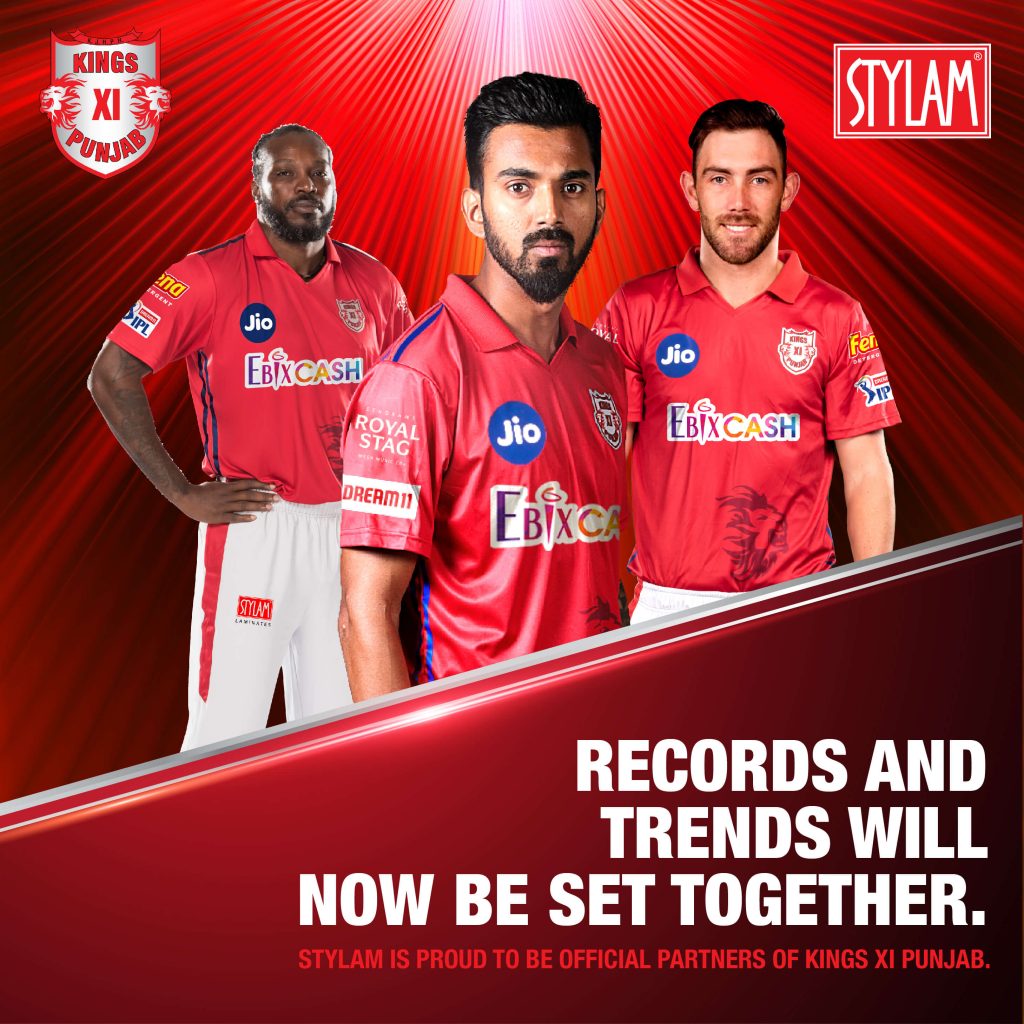 Stylam announced its partnership with the Kings XI Punjab for the upcoming season of the Dream11 Indian Premier League (IPL). As the Associate Sponsor of the team for the thirteenth season of the IPL, Stylam’s logo will feature on the trousers of the team for the duration of the tournament. Over the course of the season, Stylam and the Kings XI Punjab will also launch multiple campaigns to promote their partnership and engage with fans of the franchise across India.
“We’re thrilled to announce our role as Associate Sponsor of the Kings XI Punjab for the upcoming season. For almost 30 years, Stylam has been committed to representing all that is best about Punjab – boldness, passion, a sense of fair play, and a commitment to winning – to both India and the world. In the Kings XI Punjab, we have found a partner with a shared heritage and mindset,” said Manav Gupta, Director, Stylam Industries Ltd. “Just as the fantastic team at the Kings XI Punjab constantly strive to be the best, Stylam also strives for perfection. And nothing represents that better than our TouchMe line of anti-fingerprint laminate. Together, we look forward to breaking both records and trends. We wish them all in the best in their quest to bring the trophy home this year.”

“The world has been faced with an immense challenge since the beginning of this year. Although there have been many obstacles delaying the start of this year’s tournament, we’re excited to have played a part in presenting the world’s biggest cricketing event to its fans,” he added.

“We are privileged to be associated with Stylam, a product that is novel in its category and world class. Given its rich heritage and approach to the market we find ourselves in august company and the fact that it is a brand that was born in the same State (Punjab), as us, we find a lot in common that we share. We see them as our partners, understanding and building on each other’s strength leading to a winning combination,” said Satish Menon, CEO of Kings’s XI Punjab.

started in the year 1991 as Stylam Industries Limited  . The company are into manufacturing of Luxury/normal decorative laminated sheets for both residential as well as industrial applications.