Criconet: A different approach to live streaming and distant coaching in cricket 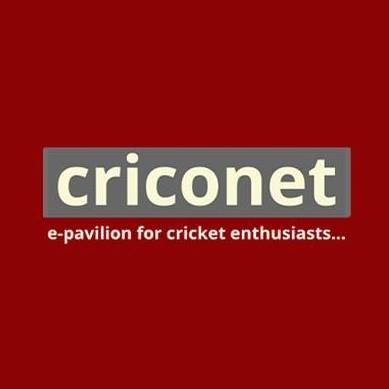 Criconet, an online platform launched by Selectronic India in 2017 is a live streaming and distant coaching platform that enables coaches to train players virtually. In 2017 when the beta version of the site was launched it consisted of social site and super sixes. In 2019 the platform introduced live streaming of matches and distant coaching. It is also a social networking site for cricket enthusiasts and fans to exchange ideas, information, and more. The company launched their app in August, 2020. The online coaching which would be introduced later will enable one to seek an expert’s opinion by posting your own video online or a-one- on one session with the coach virtually. Each subscriber has his authorized ‘nets’ where he can connect to the coach, and take his views.

The company aims to provide quality coaching to those players who are deprived of it, especially in tier-two and tier-three cities. The platform also aims to build a worldwide community for cricket fanatics enabling them to create fan clubs, participate in cricket-related polling, upload photos, and videos and even seek an expert’s advice from coaches around the globe. The platform will also offer a service to stream the matches provided the ground meets the standard requirements, and sign a contract with Criconet. High-speed cameras will be installed at both ends of the ground above the sightscreen, and on the boundary. The match will be uploaded directly on the Criconet server and can be watched by anyone anywhere in the world. The company will also give a provision for live scoring and live commentary and a limited version of the DRS (Decision Review System) can be made available by adding two more cameras. The company has set a purchase price for the equipment at Rs 2,50,000 per ground, assuming power connection and a monthly subscription of Rs.3000 per month.

According to Criconet, it is a single platform for everything in cricket. It creates its content but allows the participant to create their own. One can watch live streaming of a match played in any part of the world or can stream their own if he or she is a subscriber of it. Its unique virtual coaching platform is one of its kind in the country. The company has applied for a global patent for the in-house designed technology used in the app.

Mr. Veer Sagar, founder of Selectronic India has over 30 years of experience in the IT industry. Selectronic India provides a user-friendly Internet-based secure system by using a digital recorder with built-in computer connectivity, and an end to end HIPPA (Health Insurance Portability and Accountability Act) compliant Web-based transcription system.  Being a cricketer, in his youth, Mr Veer Sagar felt the need to create a platform for everything in cricket, from coaching to scouting local talents. And thus, founded Criconet. With his experience in the IT field, Mr Sagar has designed the platform keeping in mind the needs of everyone; coaches, scouts, upcoming cricketers, and also fans who want to enjoy a good game played in their locality or any part of the country.

The platform has features such as instant messaging along with multiple forums and chatrooms for users to interact comfortably. To increase the reach of the platform in the country, it is currently in talks with multiple cricket grounds and facilities to live stream local cricket matches which can be viewed by a subscriber on a mobile phone or laptop. It also gives a platform to stream local cricket; inter-school, inter-college, and inter-company tournaments, etc. It provides a service to stream the matches via Criconet’s unique technology that uses a SIM card and a router to provide the connectivity. This allows teams in tier II and tier III towns to stream their matches and for talent scouts to cast their net wider.

One of the main reasons the company is using and allowing the subscribers to use a sim card and a router to stream the matches is to make it feasible for every individual to use the services provided by the platform without investing in extra hardware as well as to make it possible for people in remote areas.

Criconet hopes to become a holistic platform for all things cricket. If it manages to do just that while helping the players at the grassroots level get a platform to showcase their skills, it could provide huge dividends to the company as well the already exuberant cricket culture in India.

PrevPreviousThe Bat Engineer: Engineer your imagination and produce it in reality
NextHUDLE ropes in Ajinkya Rahane as brand ambassadorNext