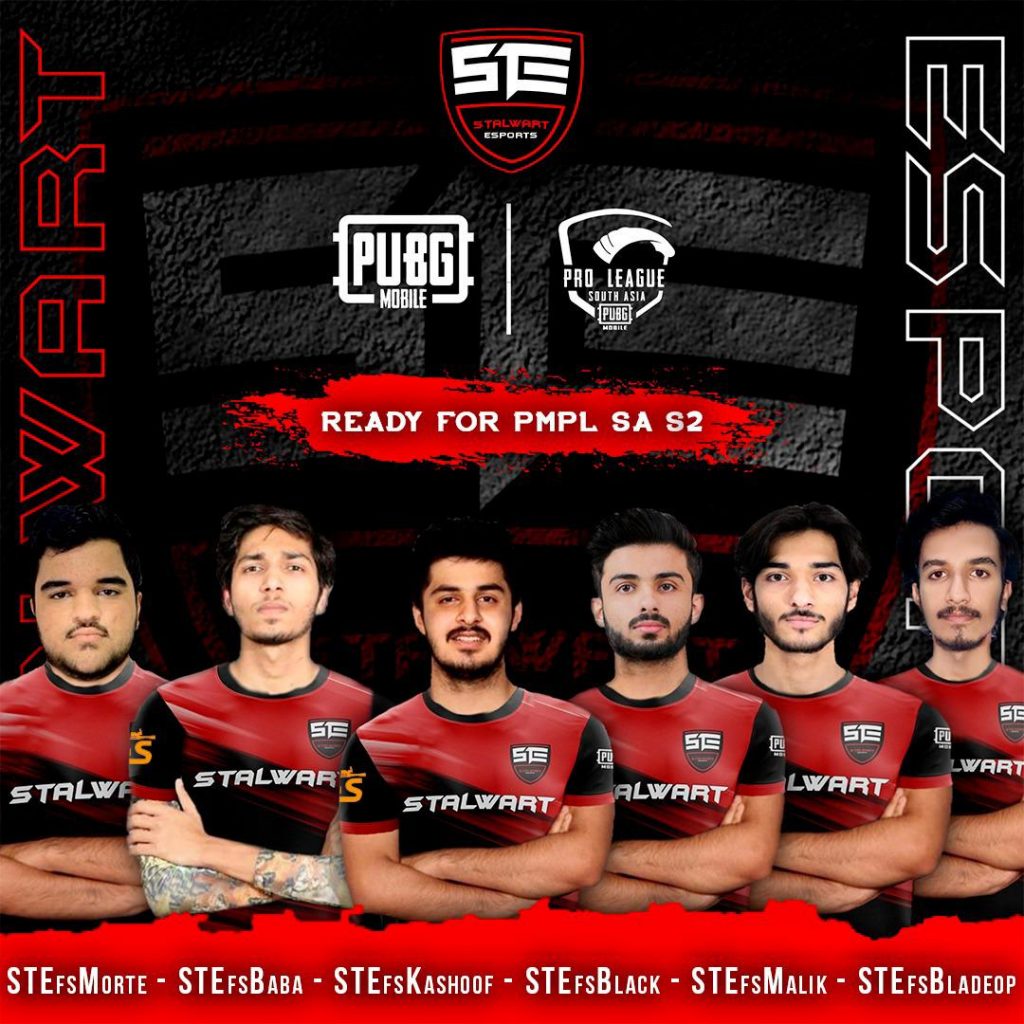 Stalwart Esports has signed up Team Freestyle’s roster for the PUBG Mobile Pro League 2020- South Asia, Season 2. Stalwart had secured a direct slot to the tournament after finishing up as #3 in PMCO Fall Split 2020, India.

But, due to the wake of the recent India-China dispute, PUBG Mobile was banned in India from 2nd of September. And, PUBG Mobile Corporation banned Indian team slots that were qualified for PMPL 2020 – South Asia, Season 2. This had put many Esports team in India under pressure, as they had spent big money in preparing for this Grand Tournament.

While the other teams were in turmoil, Stalwart took the initiative to tackle the situation.

Reluctant to give up their slot, Stalwart started hunting for talents from other South Asian teams. Initially, they planned to sign-up a team from Nepal. As this plan didn’t come into fruition, Stalwart had to find another team within a short time before losing their slot.

“As our finances were in lock, we had to find a strategy to deal with the situation,” says Dhwanil, COO of Stalwart Esports. “Also, Team Freestyle’s roster has great talents, which we decided not to let go in vain. This the prime reason for Team Freestyle playing under Stalwart.”

Some of Team Freestyle’s achievements include,

“Team Freestyle has an extremely talented roster and the boys have proved it time to time [in their previous tournaments].” says Zeyan Shafiq, Founder of Stalwart Esports. “Also, this line-up is well experienced and we’re looking forward to getting good results with them.”

The techniques exhibited by STEfsMalik and STEfsBladeOP, has made them a deadly duo. This duo along with the other talents of the team would give us a good show without a doubt.

This strategy would be beneficial to both Stalwart Esports, which was looking for a team to play under their slot, and Team Freestyle’s roster, which needed a chance to prove its worth.

“No one cares for the runners up team.” says STEfsMalik, Captain of the team. “Fans only remember the team who makes an impact. And in this PMPL- South Asia S2, we’ll be remembered as the team, who won the championship.”

The complete roster is as below.

You could watch the Grand Finals live on PUBG Mobile’s YouTube Channel. Though PUBG Mobile has been banned in India, the fan base has never faded. The viewership for this massive tournament is expected not to be affected by the ban.