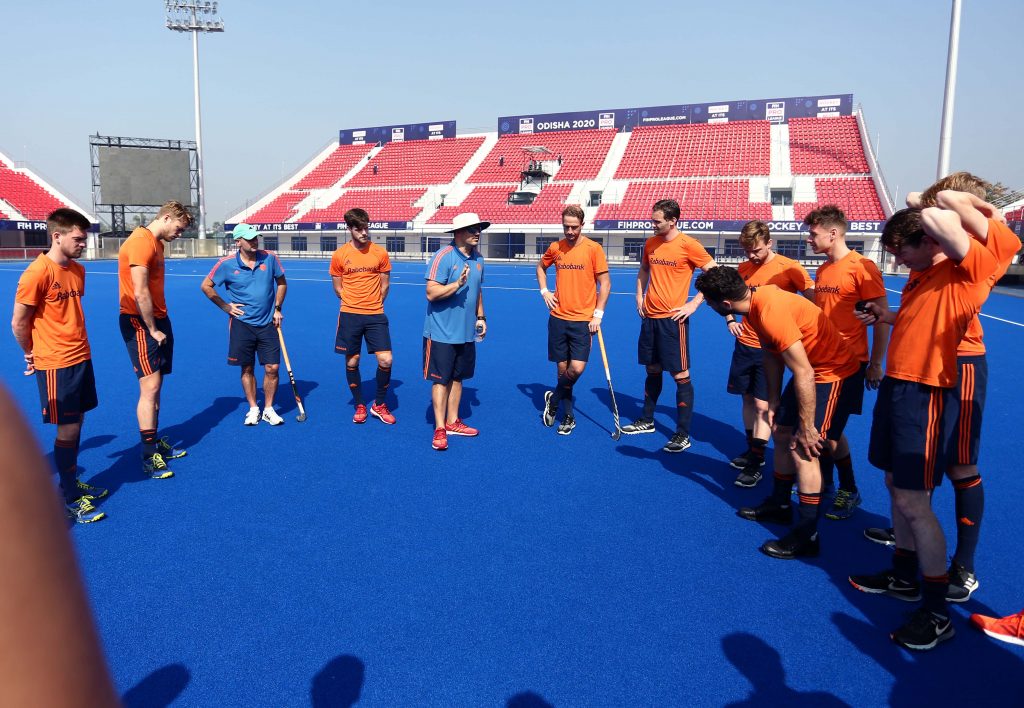 The Kalinga Stadium completes a two-year since being refurbished for the Odisha Hockey Men’s World Cup Bhubaneswar 2018. Through the efforts of the Odisha government and Hockey India, many additions were made to the stadium to create an enthralling experience for fans and players. Both Practice and main turfs were re-laid with new blue turf as per the FIH specifications. The capacity of the main stadium was increased to 15,000. Two new galleries, one on North and other on the South side, was added to the iconic venue, making it a total of four grand Stands.

The opening of the refurbished Kalinga Stadium was marked with an exhibition match between hockey legends Dhanraj Pillay and Dilip Tirkey’s teams on 10 October 2018.

The Competitions Department of Hockey India designed and implemented four Player’s Changing Rooms in the refurbished stadium. Three dedicated Goalkeeper Equipment Rooms were also designed keeping in mind the elaborate kitting that a Goalkeeper has and a dedicated Umpire’s Changing Room was added as well.

An exclusive Lounge for the Players and Officials was constructed, while a dedicated Media Centre, special boxes for VIPs and Officials were created at the venue. Also, a Walk of Champions was created, showcasing the World Cup winners starting from 1971 to 2014 dedicated to Men’s Hockey World Champions and the athlete’s participating in the Odisha Hockey Men’s World Cup Bhubaneswar 2018.

The Kalinga stadium, which has come to be known as one of the best hockey stadiums in the world, has hosted many top level tournaments since the Hockey Men’s World Cup 2018. The competitions include FIH Men’s Series Finals, FIH Hockey Olympic Qualifiers (Men and Women) and FIH Hockey Pro League.

Speaking on the Kalinga Stadium completing two years since being refurbished, Mr. Gyanendro Ningombam, Officiating President, Hockey India said, “Providing the best facilities for our players and fans is a top most priority and we are always grateful to Odisha Government for sharing this vision. It has been fantastic to see the way the Kalinga Stadium has been appreciated by one and all in the last two years. We are looking forward to organizing many more big tournaments at the Kalinga Stadium in the future.”