Exclusive Interview with the founder of Sports Oodles – Arif Khan 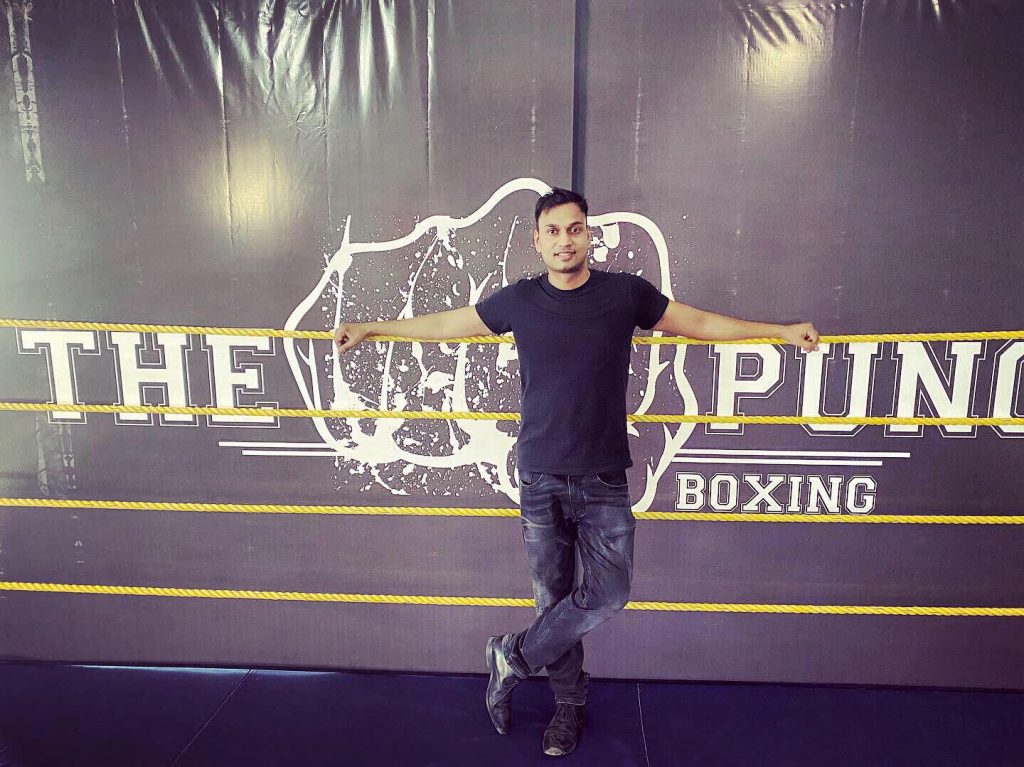 Sports Oodles Private Limited was founded by Arif Khan located in Greater Noida in 2013. The company runs two sports leagues in India – The Punch Boxing and AIPS cricket league. The Punch Boxing is a professional boxing series and AIPS cricket league is a league in which public sector companies compete and the participants are Indian IPL players, former Indian players and state level players.

Started in 2018, The Punch Boxing is a boxing sport IP of India which is focused on the development of Indian pugilists (professional boxer) by way of privatization. The growth of Indian pugilists includes rise in participation of Indian and international pugilists. The involvement of international boxers is crucial because it will not only provide the necessary international exposure to the Indian boxers but develop more avenues for brand investment. The show has taken place in the following locations – Delhi, Goa, Mumbai, Dehradun and Jaipur.

The Punch Boxing has the support of Bollywood stars, namely, SonuSood, Jimmy Shergill, VatsalSheth, Amit Mishra (singer), Hemant Pandey. Recently, Sports Oodles developed The Punch Arena in Surajpur, Greater Noida.  Upcoming ‘The Punch Boxing night’ will be streamed live on 5 November 2020 on the YouTube Channel of the Sports Oodles Pvt Ltd and Facebook page – The Punch Boxing Championship. The following are the links –

Bizbehindsports had the opportunity to speak with Arif Khan on The Punch Arena and The Punch Boxing.

What sparked the thought of developing The Punch Arena?

When we used to organize The Punch Boxing nights in different cities, it was tough to organize the show and the regularity was one boxing night in 6 months. Hence, we felt that after COVID-19, it would be easy for us to organize regular boxing nights if we have a place devoted to hosting the boxing nights. So, we thought of developing an arena where everything is set-up beforehand and we can increase the quality of fights and live streaming.

Did you partner with brands or have a sponsor to develop The Punch Arena?

There are no sponsors for The Punch Arena. However, for The Punch Boxing, the following brands supported The Punch Boxing – Pepsi, PVR, Kingfisher, Isuzu Motors, UM Motors, Tito’sNight Club and Monster Energy. Due to COVID-19, there is a decline in sponsorship of sports events.

What is the scope of the tournament?

The Punch Boxing follows a challenge-based approach were a fighter challenges another fighter and match-makers are involved who confirm the match-ups. In the Indian boxing community, The Punch Boxing has a presence with every boxer. For instance, when we organized the event at Juhu Beach in Mumbai, 20,000 people gathered to view the event. There was a large crowd at Baga Beach in Goa as well. Furthermore, The Punch Boxing has an international presence as well because we invite international players to India to compete in the tournament. Until now, the fighters have come from various nations, namely, Holland, Armenia, Thailand, Cameroon and Afghanistan. In the upcoming event, taking place on 5 November 2020, the fighters are coming are from Nigeria and Afghanistan.

What are the marketing strategies used to persuade people to come and watch the matches?

That is the biggest drawback till now, we have only used social media to reach out to the people to promote fights online. Thatwas a difficult task for us because we used to organize events in different cities. We chose venues which are already a huge market place where people like coming and liked boxing. Currently, we are promoting boxing and spreading awareness about combat sports, informing them about how boxing works, develop their taste of boxing. Since we are now live streaming, we are promoting fights with fighters. Everybody would love to watch live streaming of boxing nights because sports is all about live telecast. At the moment, we are working on developing the audience for The Punch Boxing and our fighters in India.

Do you have any competitors?

We do not call them competitors. It is a group which is promoting boxing in India. We should come together to promote boxing and boxers in India. Because, since 2013, amateur boxing is facing troubles and I think professional boxing is a new boxing platform for Indian boxers. Other promoters who are running similar leagues we are always there to support each other. When it comes to competitions, I think it is with other countries because we are having mostly international fights. We are competing with other huge companies like UFC and One Championship. Hopefully, with a huge audience in India, we will definitely do something big, bigger than them very soon.

Are spectators currently allowed in the arena? If yes, what are the safety measures you have undertaken?

In this event, we are promoting only live streaming. Due to COVID-19 restrictions, we are limiting our guests to not more than 100 which includes boxers, team management, production team, few VIP guests and personnel related to the boxer such as their coach, managers etc. We are not doing anything on a large scale. We have a huge arena so, there will be seating arrangements with social distancing in mind. We are planning to sanitize the boxing ring every 30 minutes and sanitize the whole arena before and after the event.

What do you think of boxing in India when compared to other countries? Is there scope of improvement?

In India, we have everything – audience and quality fighters. Plus point about boxing is the professional boxing is all about private players which are private investors and sponsors. It does not have restrictions like federations have in all other sports. Private players (private companies) can come and organize events, sign the fighters, promote the fights. In any sports when private players are involved the sport benefits because the private players understand the value of branding, sponsorships, promoting their athletes, for example, cricket. So, we have a plus point in India regarding this. In India, 3 years ago there used to be very few professional boxing events, maximum 3-4 events in a year. However, last year there were approximately 30-40 professional events. Furthermore, there are around 30-40 private players organizing events of professional boxing and other combat sports. I think within two years, the number of events is going to rise. For instance, previously we used to organize one or two shows in a year and now we are planning to host 10-12 shows in a year because we have our arena. Correspondingly, other players are planning in the same direction. I think within 6-7 months we will be organizing fight night every weekend. In that fashion, boxer gets international rankings in India. Therefore, when an Indian boxer goes abroad to fight their record speak for themselves and earn a good income. Boxing is the richest sport in the world, however, our boxers require more fight events to participate to earn more records and winning streaks. We are planning to give them a platform to fight regularly. That will provide them with practice, tie-up with sponsors and visibility in social media.

Is privatization the future of boxing in India?

In any sports, privatization is good because what I have observed with federations is that athletes do not receive support to the extent they require from the federations. Private companies focus on individual athletes and have a sense of marketing and getting sponsorship deals. Federations are very restricted. When I was with the federation, I organized a seven days long national women’s boxing championship in Delhi. There were approximately 300 participants. Event organizing budget is very high it is tough to generate revenue out of it. You cannot make every boxer a star when there are 300 boxers. However, when we talk about the professional fight night it is a one-night event, you raise good boxers and sponsorship and there are only 8-10 fights in a night. Here, exposure is much higher. When you talk about internationally, people promote only one fight and with that one fight, they turn the table in billions of dollars and get revenue out of it. Privatization in sports is good, more the private players more athletes get support and more events take place.

Would you like to share anything more with the boxing fans related to the events you are hosting?

The Punch Arena, venue for the boxing nights and boxing Training Centre is starting in Greater Noida, India. We will be hosting The Punch Boxing nights regularly leading to Indian boxers getting international exposure. We will be inviting international coaches to train and provide Indian boxers with international exposure in India itself. Furthermore, we are planning something very nice to educate Indian boxers about the contracts that take place in the boxing industry. Indian boxers are unaware of how to sign a fight contract, what the long-term contract with the promoter is and what the medical terms are. We will be inviting dieticians to consult them with various dieting methods. I want to announce about The Punch Boxing taking place on 5 November 2020. We have also signed few boxers, namely, SagarNarwat, Harsh Gill, Shiva Thakran, Suman, Shivam, Amrit, Suraj Singh, Anteshraj, RakeshLochab, AmeyNitin, Madhu, Laxmi, Rahul Kumar, ArunAntil, Vasu, AkashGirjapurkar and Akashdeep. The Punch Boxing is the next stop for Indian boxers and it will be the hub for boxing in Asia within 6 months.