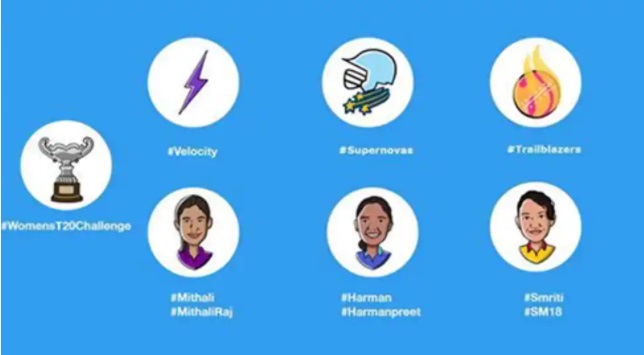 Twitter India has launched 7 new custom emojis for the Jio Women’s T20 Challenge in India on Monday. BCCI (Board of Control for Cricket) has joined hands with Twitter India to launch them. The Women’s T20 tournament will be played from November 4 to 9 in the United Arab Emirates. Three teams will take part in this tournament. Twitter India has also shared a video on its page about emoji, in which you can see new emoji.

Microblogging site Twitter said in a statement on its official website, “Live cricket is once again bringing a lot of fun and fun for cricket lovers across the country and the thunder of the fans can be seen clearly on Twitter”. Further Twitter said, “Surprisingly, at this time the cricket lovers who are not present in the stadium or are not able to sit and watch the match with their friends, they are seen coming on social media live and talking about the game itself And sharing the experience. ”

So keeping in mind these activities of fans, BCCI and Twitter India have launched 7 new custom emojis. “In order to increase users’ experience this season, we have launched 7 new custom emojis for T20 Challenge League teams and captains,” Twitter said in a statement. Hashtag the new emoji on Twitter Can search by names. #MithaliRaj or #Mithali, #Harmanpreet or #Harman, #Smriti or # SM18, # WomensT20Challenge, #Velocity, #Supernovas and #Trailblazers.Fans will also be able to follow and participate in live conversations, it added

This is the first time that an Indian women’s sports league has got its own Twitter emoji, the platform said.In 2017, Mithali Raj became the first woman cricketer from India to get an emoji during the Women’s Cricket World Cup.