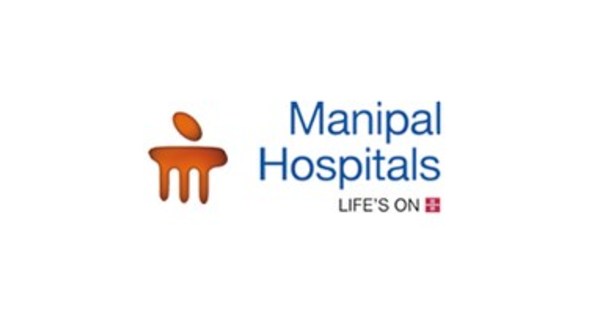 Many sports from tennis to basketball place aspiring athletes’ career at-risk when they have to undergo critical surgery. Shoulder injuries are most common in cricket, tennis, swimming, weightlifting, basketball, and volleyball. It is due to overuse of the shoulder, which led to strain the rotator cuff. A dislocated shoulder may not be the most serious injury a youthful competitor will experience, however it could put them at a long-term risk for more shoulder wounds if it is not assessed and managed appropriately the first time.

Mr. Chandrashekar B, a 25-year-old aspiring young athlete had dislocated both his shoulders while playing basketball five years ago on multiple occasions. Since then, he has been experiencing recurrent dislocations, about 5-6 episodes a year. He underwent Bankart’s repair (torn tissue is sewn back to the rim of the socket) in 2019 for his right shoulder. Recently, he visited Manipal Hospitals for surgery to deal with the worsening pain and left shoulder instability.

A ‘Screwless Arthroscopic Latarjet’ procedure of left shoulder was performed on 14th October under the high technical expertise of Dr. Ayyappan Vijayachandran Nair, Consultant – Shoulder and Sports Medicine Specialist, Manipal Hospitals, Jayanagar. For the first time in the state of Karnataka, this Arthroscopic procedure was done, without the use of metal screws and the credit goes to the Dr Ayyappan Vijayachandran Nair and his team at Manipal Hospitals.

‘Screwless Latarjet’ is one of the latest advancements in orthopaedic surgical procedures for correcting recurrent shoulder dislocation. Dr. Ayyappan Vijayachandran Nair performed the latest procedure that enables the patient to achieve extreme flexibility, especially in sportspersons.

Elaborating on the case, Dr. Ayyappan Vijayachandran Nair added, “The patient was young, an athlete and was ambitious to join the armed forces. Given the limited surgery criteria for military recruits, Mr. Chandrashekar was elaborated and advised about the Screwless Arthroscopic Latarjet surgery as an option for regaining extreme shoulder flexibility. This would give him the confidence to carry on his future endeavours trouble-free and with ease. Manipal hospitals, Old Airport Road is among the very few hospitals in India which has the required technology and skills to carry out this advanced procedure.”

Surgical correction of shoulder dislocations usually involves Bankart repair procedure where the ligament intercepting the shoulder is cut and the soft tissue is repaired. However, in recurrent shoulder dislocations, the socket starts to wear off gradually over a period of time until it causes a significant amount of bone loss (around 10% – 20%). In such cases, Bankart repair may be associated with a poor success rate. Latarjet procedure is the preferred choice wherein the coracoid bone (a small extra bone

near to the shoulder joint, which is vestigial in nature) is cut at the base and rotated to fill up the bone loss with the help of metal screws.

Conventionally, the Latarjet procedure is widely done as an open procedure and involves the use of metal screws to fix the coracoid bone. Till date, only a few surgeons in India, have the credit of doing it arthroscopically (keyhole technique).

Dr. Ayyappan Vijayachandran Nair also highlighted that “a week ago, a company called Arthrex was instrumental in launching a new product i.e. a thin and flat tape which could be used as a replacement for metal screws. This turned out to be another blessing in Chandrashekar’s case and became the procedure of choice. Instead of metal screws, the tape was used to tie up the coracoid bone piece and fix it on to the socket. The procedure took about two hours and was successful.”

Considering that this procedure itself is done by very few surgeons in India, the usage of tape as a replacement of metal screws is another great leap in the advancement of surgical procedures. The doctors were applauded for their innovative spirit for considering to venture into exploring a new improved way of performing orthopaedic arthroscopic surgery.

Mr. Chandrashekar B, when asked to share his experience in Manipal Hospitals added “Dr Ayyappan Vijayachandran Nair is an extremely able surgeon. He explained to me clearly and in detail about the advantages of undergoing the Latarjet procedure. I feel a lot better after the surgery and am looking forward to playing basketball again.”

The shoulder joint is one of the most mobile parts of the body and is used extensively for performing day-to-day activities. However, it is most vulnerable to injury and accounts for 50% of all body dislocations. Around 2% of the population is affected by this condition in general. It is more common in men, in sportspersons and about 80-90% of them occurs in teenagers. The most common treatment modalities include pain medications, surgery, and immobilization using a splint or sling and rehabilitation to restore range of motion, strength and stability of the shoulder joint.