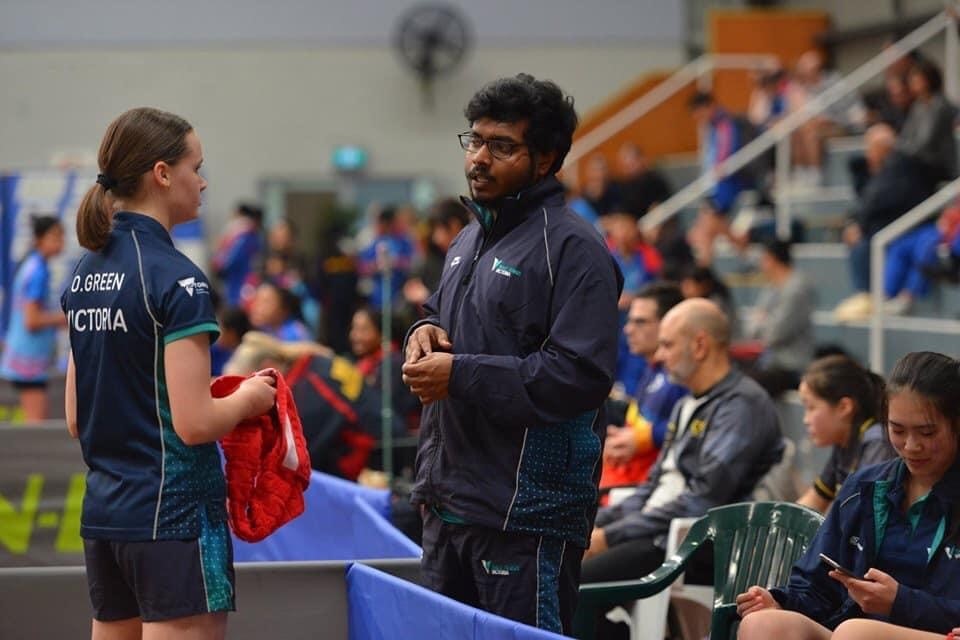 Table Tennis Victoria (TTV)  announced the appointment of Rahul Mathew to the position of High Performance & Competitions Coordinator at TTV. Rahul brings extensive industry experience to the role. He was previously TTV Premier League Manager. In addition to being a keen high-level table tennis player, Rahul holds a Masters degree in Sports Management from Deakin University and is the founder of ICC Table Tennis Academy in Melbourne’s eastern suburbs.

‘I still recall my time during my early engineering days in college in Amal Jyothi college. I was also part of the herd which followed the traditional science streams not because I wanted to do it , but because the society around me demanded it. If you opt for anything else you were perceived to be a failure. I never fitted in, because all my life what I did was sport and only sport, so for that to be taken away and to be  replaced with a load of theories, formulas and experiments and on top of that the extra institutional and faculty induced pressures from the college had a huge toll on my mental health as well’, Rahul said to bizbehindsports.
‘So when I finally had the courage and decided to quit it after studying it for 2 years, all I thought was about how happy I will be if I am doing sport all my life rather than what society thinks or how much money I will make in future. So now fast forward to 2020, i think deciding to quit engineering was the best decision I have ever made in my life even though it was a risky one, and now I thank some of my professors who bullied me into quitting it because if they hadn’t done it, I would have ended up in a very dark place, he added.

‘If you choose a career that you honestly love you will definitely be successful because if you are working on something that you are passionate about, your productivity will be far more than a person who is working just for monetary benefits. I feel blessed as well as lucky to be trusted with such an amazing opportunity and to be part of a great team of staff who are driven by the passion for the sport.I intend to expand the portfolio of Table Tennis in Australia, by encouraging members from the large social pool of players we have to compete in state association run competitions, I will be working towards introducing a new weekly junior league competitions for kids under 18 years old and expanding the current High Performance program to regional areas. Encouraging more women and girls to the sport is also one of my major goals along with changing the demographics of participants competing in table tennis as table tennis is widely perceived as an asian sport and I would work on changing that as well and make it more appealing to a wider audience.

‘As an outsider coming into a foreign country and getting up the ranks is not an easy task. It has its risks and challenges but definitely a possible, if I can do it so can you, sports is one of the most growing industries in the world and its just gonna get bigger, I encourage you all to choose what you love and give your hundred percent to it and I assure you that you will get the benefits in one form or another’, said Rahul Mathew.
Rahul will officially join TTV on 1 January 2021.