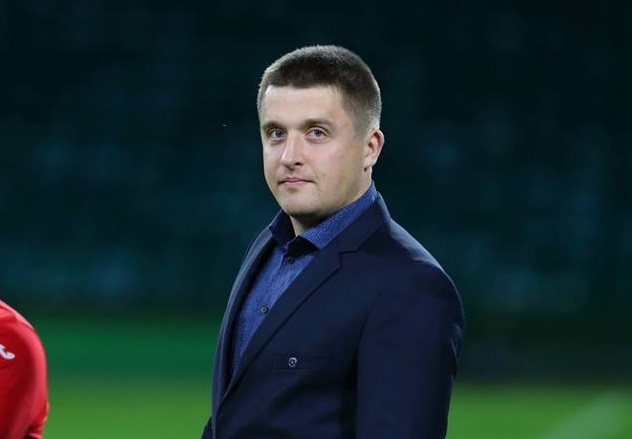 How did you start your career in the football industry?

I worked as a volunteer in my home town club from when I was 15 years old. After studies in the university I was promoted to club administration and 5 years ago became director of the club.

At Suduva, what were the challenges you faced when you initially took over as sporting director of the club?

The main challenge was to raise the standard of the players who were coming to club. It’s never easy to do, needs a lot of patience and hard work to make the first steps of improvement.

You act as the link between the coach and board. How important is a sporting director’s role in a football club and why?

Most of the clubs in the world can’t imagine working without this position. It’s a role that needs to control sporting side and recognize all important aspects.

In 2018/19 season, FK Suduva reached the Champions League qualifying rounds. Was there any change in the player recruitment strategy? If yes, what changes were made?

With Suduva we played in UEFA Champions league qualification 3 times. The team just got ready and mature to play at that level over time. It’s a result of the quality we had, the consistency and great work of the coaches.

What convinced you to choose India and take up the role of sporting director at Kerala Blasters?

I was in my club for 5 years as a director. In my opinion, I had done everything I could in that environment. So, it was time for new challenge and I’m happy with this new opportunity.

How is working alongside Kibu Vicuña? What are his qualities that impressed you the most?

Kibu Vicuña is a very intelligent coach. He is tactically good, has his own football style and works towards implement it. His training sessions are very interesting and players enjoy it every day. This rarely happens as most coaches use same drills.

The blasters finished 7th in the table owing to injuries to their important players in the last season. What methods have been put in place to sustain player fitness this season?
Unfortunately, we did not have enough time for proper preseason this year. It was problem last year as well. But we trust in our coaching staff and medical team to take right decisions about training loads and hope to have the players physically ready with lower number of injuries.

Kerala Blasters have one of the biggest fan bases in India. How do you wish to fulfill their hopes this season?

Fans make Kerala Blasters a special club. I can ensure that everyone will give his maximum effort this season.

You have the direct hand in transfers. What transfer strategy do you follow in order to sign the right players?
It depends mostly on the market. I look for players who can add value to the team and fit in the way we play.

Academies and reserve teams of the clubs are mine houses of talents. How do you plan to promote the youth players into the first team in the coming years?

Our doors are always open for our youngsters.  Once they will be ready to play in first team, we will be more than happy to give this opportunity.

In your opinion, what areas on the pitch do Kerala Blasters need to improve in order to challenge for the title this season?

Our main target now is to become a team. Each of our players have good individual quality, but now the most important part is to implement a system to connect the qualities.

A prominent figure in Indian Football, Sandesh Jhingan has left the club. What impact his departure has left on the club?

Jhingan’s departure was painful, but now it’s time to move on. The team has many challenges awaiting us.

How has COVID-19 impacted the transfer window this season?

There has been a lot of delay on action in transfers market due to the pandemics. Pre-evaluations before taking decisions were time consuming.

What does your typical day’s work as KBFC’s sporting director be like? Take us through it.

No two days are the same when you are in this role. Every time there are things to be sorted out with the team members or agents. The team trains almost every day and I try to be there as often as possible. It is also important to follow global football situations

Since your appointment as sporting director, there have been some changes in the management level. Will there be any more changes and what are the reasons behind these changes?

At the moment we have a team that we completely trust. Time will tell us if we need to make any changes.

Where do you think KBFC will finish in the table this season under your helm?
All I can say is that the Club will make best efforts to be as high up the table as possible.