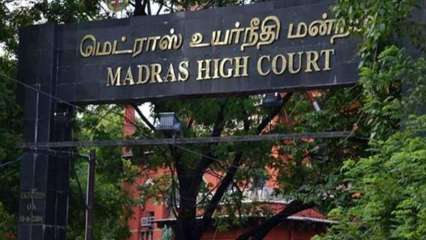 The Madras High Court has refused to grant any interim relief on a plea seeking to stay the ordinance passed by the Tamil Nadu government banning online gaming involving betting. A division bench comprising Justice R Subbaiah and Justice C Saravanan, before whom the plea moved by Junglee Games India Private Ltd came up for hearing, refused an interim stay as sought for and instead posted the plea for further hearing to December 21 after directing the State to file its response by then.

Senior Advocate PS Raman, appearing for Junglee, submitted that the company has been running online rummy across the country for over a decade and when it is considered legitimate in other parts of the country, it cannot be banned as illegitimate in Tamil Nadu.

Advocate General Vijay Narayan, appearing for the Tamil Nadu government, submitted that besides teenagers, those in the age group of 25 to 30 are losing their entire earnings by playing such online betting games.

Rummy might be a game of skill but when it is played for stakes it becomes gambling, Senior Advocate AL Somayaji appearing for the State argued.

PrevPreviousVolleyball Federation ordered to pay Rs. 4 crores plus interest as damages as  Baseline Ventures wins the case
NextPeriod Leave for employees: The Bridge taking steps to bridge the Social GapNext