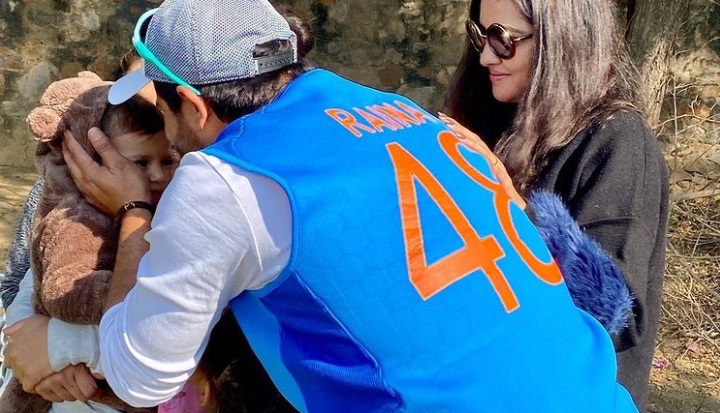 Suresh Raina, along with the Gracia Raina Foundation, co-founded by him and his wife Priyanka Raina, endorsed Mission Prerna – an early childhood learning initiative launched by the Government of Uttar Pradesh to ensure strong foundational learning for children across the state. The cricketer and young father, shared stories from his childhood as well as his parenthood to encourage parents to support their child’s early learning at home.

Talking about his parents’ crucial role in his childhood, Raina says, “My parents always believed that to succeed in any field, it is important to begin early. Hence, they ensured that I started my cricket training at a young age. I soon developed a disciplined routine of training in the morning, followed by studies in the evening, which ultimately helped me to realise my dreams.” Emphasizing on the importance of his parents’ support, particularly in the early years, Raina further added, “In addition to my coaching, had I not received that support and help from my parents in the beginning, I would not have made it big.”

Now, as a father himself, Suresh Raina is determined to provide the same support to his two children and calls for other parents to follow suit. “Even though both my children are quite young, this is the correct age to begin learning fundamental skills. My wife and I have become their teachers at home and started to teach them basic skills like speaking, reading, counting, identifying colours and so on, to help their mental and physical development.”, says Raina. “We are both members of Mission Prerna as it helps both parents and teachers to educate their children and students. The initiative provides access to various engaging and entertaining educational programmes available across various mediums be it mobile phones, television, or radio. I urge all parents to join the initiative and become “Ghar ke teachers””.

Mission Prerna is the flagship programme of the Uttar Pradesh government to improve quality of education with a focus on foundational learning skills which children often learn best at an early age, with parental intervention. These skills entail children’s ability to read with comprehension and do basic math calculations, which forms the basis of all their future learning. The initiative encourages parents to join the movement and start teaching their children at home to give them a stronger foundation.

The world-cup winning cricketer is raising awareness for Mission Prerna along with the Gracia Raina Foundation (GRF). The NGO was co-founded by Suresh and Priyanka Raina in 2017 with the aim of empowering women and children from less served communities. Its major focus is on improving reproductive and maternal health, and increasing access to adolescent health education. Recently, on his 34th birthday, Suresh Raina, along with GRF, pledged to build sanitation and drinking facilities at 34 government schools across Uttar Pradesh, Jammu and NCR, impacting over 10,000 school children.

Considered one of the best fielders in world cricket, Suresh Raina co-founded Gracia Raina Foundation with his wife Priyanka Chaudhary Raina in 2017. The Foundation is named after the gracious couple’s daughter and aims to empower the poor and needy, particularly women and children from less served communities. Some of its major interventions are focused on improving reproductive & maternal health and decision-making among women during one of the most vulnerable and crucial stages of their life. With this, they aim to further aid in healthy and dignified childbirth and maternal child-care.

PrevPreviousA Biopic on India’s Hockey Wizard in the offing