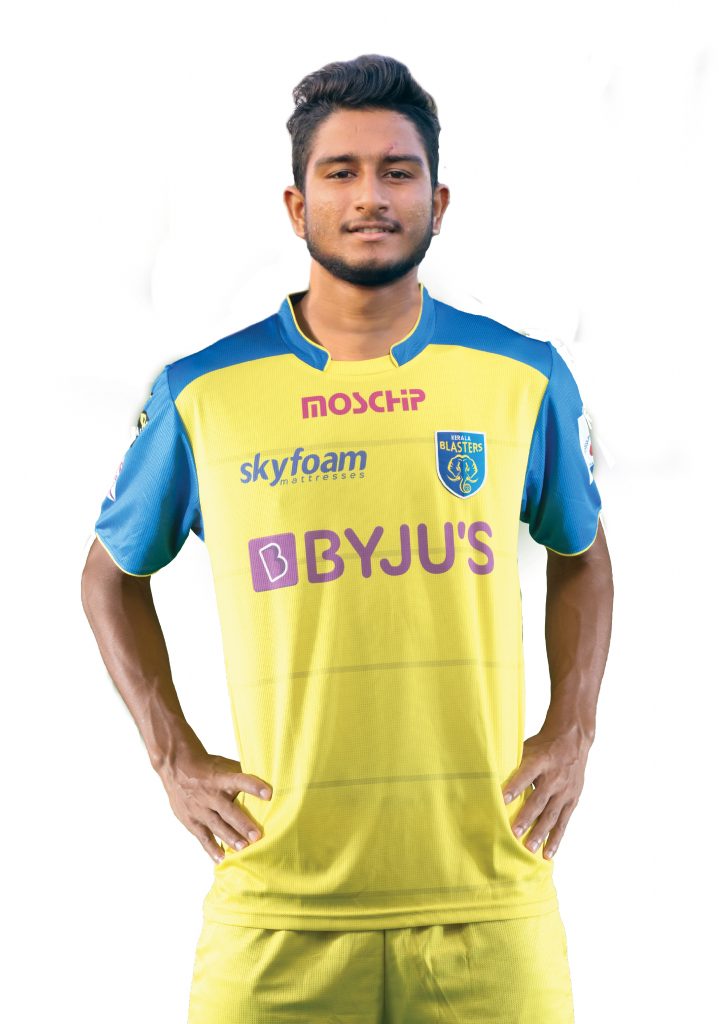 Kerala Blasters FC announced the signing of the young Indian forward, Subha Ghosh from Kolkata. He was part of the Mohun Bagan academy and made his senior team debut last season under Kibu Vicuna in the Durand Cup. Shubha Ghosh was also part of the squad that won the I-League and contributed 3 goals in his 8 appearances for the club. Kerala Blasters FC will receive an undisclosed fee from ATK Mohun Bagan which also sees KBFC player Nongdamba Naorem move in the other direction with Subha Ghosh reuniting with his previous coach as part of the swap deal that will see him at the club until 2023.

“It’s a new beginning for me. I have got a new family now and I want to serve Kerala Blasters right. I know what I have come here to do, I want to score goals and win matches. I am thankful to the Kerala Blasters management and most importantly Kibu Sir for giving me this opportunity. I want to get going from the word go. I wish to entertain the amazing fans and look to your love and support. As we all say #YennumYellow!”, said an elated Subha Ghosh after signing his contract.

With an impressive return of a goal every 40 minutes played, Subha Ghosh will be looking to replicate the same form when called upon to help the team in the later stages of the season.

“I’m happy to see Subha join our team. He is a striker who is a natural goalscorer. Kibu had worked with him last season and had some positive things to say about the youngster. I am very excited to see him develop and improve the squad.”, said Karolis Skinkys, Sporting Director, Kerala Blasters FC.