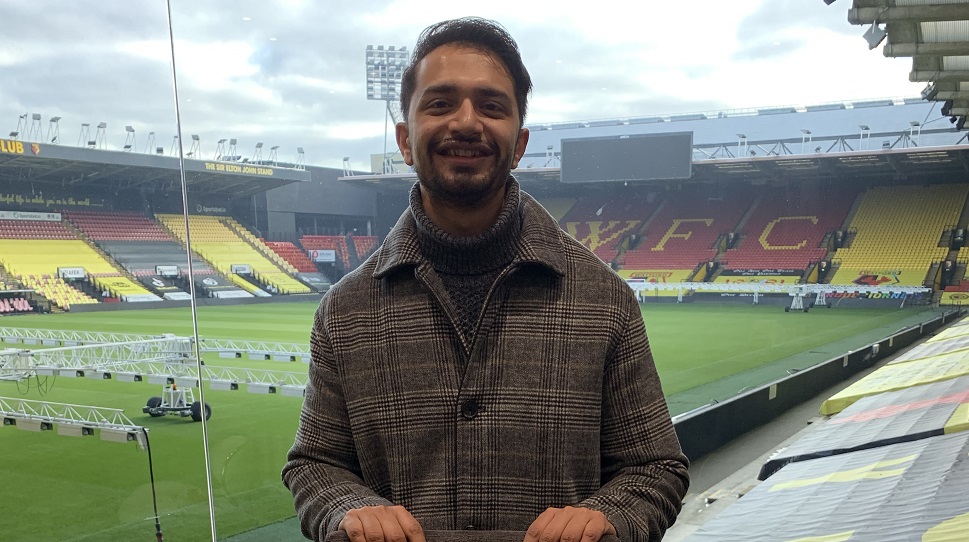 Watford Football Club in Hertfordshire, UK recently appointed Mr. Rohan Shukla as it’s International Marketing Officer. Mr. Shukla’s role at the club is to develop and roll out a holistic marketing and commercial strategy in India and the subcontinent, thus increasing the fan base and creating a new Indian/Asian Business Alliance. Through this alliance, they aim to create partnerships which deliver a significant return to the organisations/clubs whom they collaborate with. Bizbehindsports had the opportunity to interview Mr. Shukla to understand more on how Watford brings new opportunities to Indian market

Can you please tell us more about yourself in terms of background?

I did my under graduation in Mass Communication with specialization in Journalism from Symbiosis, Pune. After completion, I have worked with The Indian Express and Sportz Interactive, handling reports and clients such as the Indian Super League, Indian Premier League, Ranji Trophy and Reliance Foundation Youth Sports.

Currently, I am pursuing my MSc in Football Communications and Digital Marketing from UCFB, Wembley while also working as the International Marketing Officer at Watford FC. My focus is primarily the Subcontinent, with India and neighbouring areas my target region.

My aim has always been driven towards working for a renowned football club, and Watford have provided me with the opportunity. Having realised how much they want to grow in the subcontinent, I have managed to carve out my own job role specifically targeting the market, whose values I both hold and understand.

What is Watford looking to do with ISL/I-League teams?

Any type of partnership with the initial inclination towards showcasing support and collaboration between both teams is what Watford is looking to do. Through possible synergies, Watford are trying to develop a long-term partnership with Indian football clubs, which leads to the eventual goal of doing pre-seasons in India as part of an Asian tour and achieving a fanbase at the same time.

How will Watford look towards doing something different from other European clubs wishing to tap specifically into the Indian market?

The sole focus will not be to try and tap into the huge amounts of engagement that Indian clubs/organisations have to offer.

The major reason why other European clubs have failed is because they are not fully aware of how the Indian market works. Having known this since I myself have experienced the same while living in India, population is an advantage but only if managed in a proper way. If relevant content or development is not shown, no European club will be able to sustain themselves in the Indian market.

Watford would like to make a difference by helping in providing exposure and the right facilities which can help develop Indian football in all sectors (Men, Women and the Academy). Any partnership/collaboration formed will be driven with a long-term initiative in mind and as the spokesperson for Watford FC when it comes to the subcontinent, Watford is here to stay and cater towards implementing a strategy that leads to development and enhances the clubs’ presence in the subcontinent.

Is Watford looking for commercial opportunities from the Indian/Sub-Continental market?

The simple answer to this is YES. Any company/organisation looking towards enhancing their presence in the UK from the subcontinent are the primary focus towards trying to form a commercial deal.

As Watford aim to get back into the Premier League next season, there are various sponsorship/commercial deals which are currently available, potentially being an area where companies can tap into if they wish to find a pathway in order to enhance their presence from the subcontinent to the UK.

Where does Watford see itself in the next five years in terms of the Sub-continental market?

Within the next five years, Watford wants to be established with a formidable presence in the Subcontinental market catered towards developing the football landscape in the region of South-East Asia. Simultaneously, the club will also be enhancing the presence of partnered subcontinental/Indian commercial organisations/companies in the UK.

In five years, Watford is confident to once again have established itself as a stable Premier League club and will progressively be catering towards development of all sectors (men, women and academy) of the partnered Indian/subcontinental football teams.

What is Watford’s number one aim when it comes to the Indian/Sub-continental Market?

To summarise through this question, stability and development through the usage of resources as our USP, is Watford’s number one aim when it comes to the Indian/Sub-continental market.

Stability in terms of presence in the market through our partnerships and development with respect to the South East Asian football landscape, making sure we are able to portray our motto “Global Family Club”.

Exclusively talking about Watford’s women team, what position are they in and are they equally involved in the South-East Asian Market enhancement project?

Watford FC Women’s Team play in the FA Women’s Premier League (Top tier) and are currently top of the table from the “South” category.

Across the years, the women’s team has improved and progressed to be classified as one of the strongest in the league. This is the exact reason why the team is equally involved in catering towards enhancing the image of Watford – the brand (as a complete entity).  With the Women’s U-17 World Cup happening in 2021, Watford would like to utilise its women’s team by providing the exposure to possible tie-ups with clubs focussed towards improving the standard of their women’s team.

The goal remains the same in terms of what Watford can provide, but the focus is catered to each category (Men, Women and Youth) and not just limited to any one of them specifically.  Watford wants to enhance the overall development of Indian/Subcontinental clubs across all categories in order to maintain long term relationships and become a household name in South-East Asia