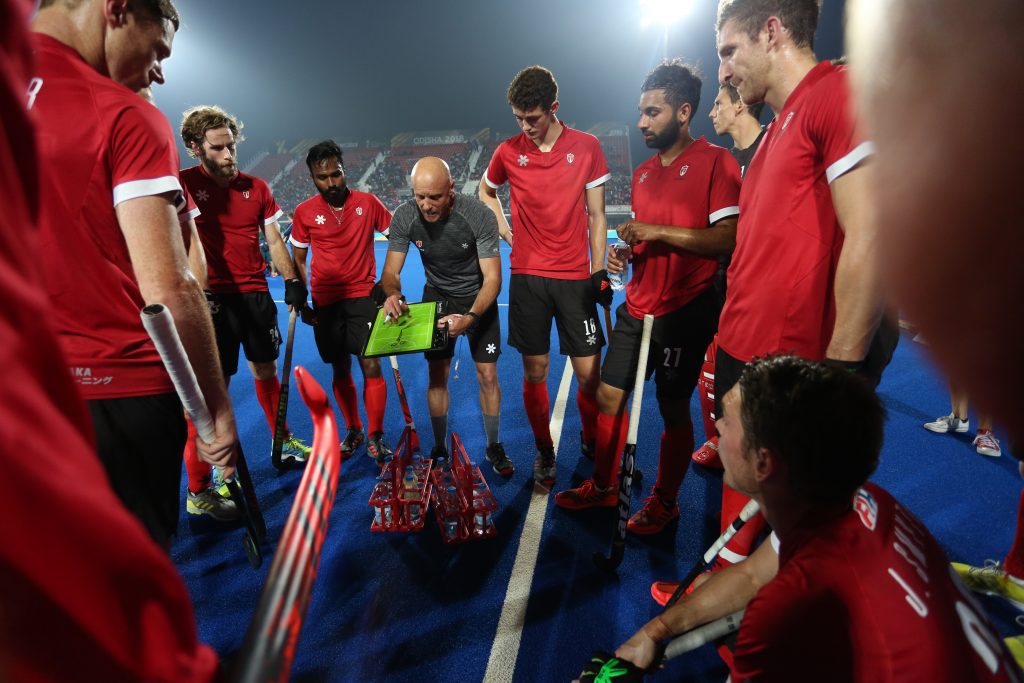 Olympian Gregg Clark has been appointed as the new Analytical Coach of the Indian Men’s Hockey team until the conclusion of the Tokyo Olympic Games scheduled to be held from 23 July to 8 August 2021.  The South African who was formerly associated with the Canadian Men’s Hockey Team as Assistant Coach between 2017-2020 is scheduled to join the National Coaching Camp in early January 2021.

Gregg Clark comes to India with over 13 years of Coaching experience and his first big assignment came as Head Coach in 2007 when he took charge of the South African National team and worked with them from 2007 – 2013. Clark has also participated as a Coach at a number of major international tournaments including the Olympic Games in Beijing and London, FIH World Cup 2010 and Commonwealth Games 2010 in New Delhi. Clark also coached the Indian Junior Men’s Hockey Team in 2013-2014 where the Colts won the coveted Sultan of Johor Cup and also participated at the 2013 FIH Junior World Cup in New Delhi.

Welcoming Clark to the Indian Team, Chief Coach Graham Reid said, “I am looking forward to welcoming Gregg Clark as a new member of our coaching staff. He brings with him a swath of experience including 250 caps for South Africa, 4 Olympic Games (2 as a player and 2 as a Coach), 4 World Cups (2 as player and 2 as Coach), 3 CWG (2 as player and 1 as coach) and countless FIH tournaments. Having been Head Coach of South Africa for 6 years and more recently Assistant Coach with Canada, his contemporary knowledge of our Olympic competitions is first class.”

Reid went on to state, “Gregg has also worked with a number of our athletes before, meaning he can hit the ground running. He begins in the New Year. He will be an excellent addition to our team.”

Expressing his eagerness to join the Indian camp, Clark said, “I am really excited to join the Indian Men’s Hockey Team. Having worked with Hockey India earlier, I understand the setup and their professionalism. Most of the players I coached in the Junior Team back in 2013 are now in the Senior group and have come of age as players. It has been very exciting to watch this team grow over the past couple of years. They have a lot of potential to do very well in 2021 and for a number of years in the future.”

“Graham has been doing very well with the team. He comes with a wealth of knowledge in the sport and we have chatted quite a lot in the buildup to my appointment. We share the same philosophies in coaching and I look forward to working with Graham and the rest of the support staff,” stated Clark.