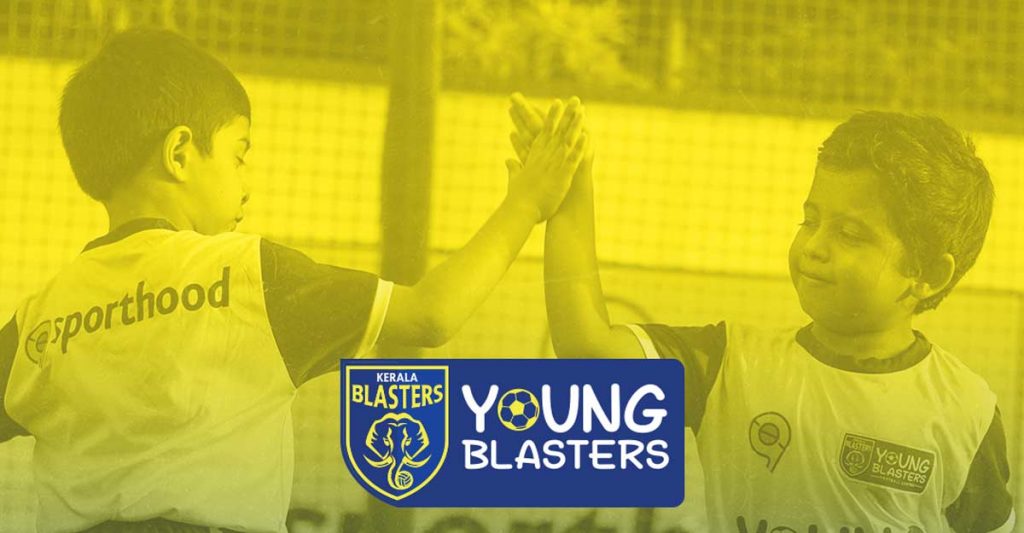 Kerala Blasters FC announced the association of FC Imphal City with the Young Blasters – Sporthood Academy, the club’s recently relaunched Grassroots Development program. Through this association, KBFC looks to extend its standardized curriculum and build the Blasters brand of football across the country through strategic partnerships with academies outside Kerala for the young, passionate and talented aspirants. The latest collaboration with FC Imphal City Academy from Manipur, a state renowned for producing some of the most talented footballers in the country is the first step towards this vision.

“Manipur is a state where football is a culture more than a sport. It is home to a notable number of skilled players plying their wares across the country, with a few of them even having represented the nation. Through this partnership, we hope to bring in a systemized form of training, a pre-set curriculum, regular monitoring and quality football education to the talented youngsters, thereby setting them on a pathway that can help realize their passion into a profession.” said Mohamad Rafik, Director of Football, Kerala Blasters FC.

With a two-star rating, FC Imphal City, established in 2017, became the first academy from Manipur to play in the Hero Indian Youth League. The academy hence has a high regard in the state.

“The partnership with Kerala Blasters FC, one of India’s biggest football club is a moment of pride and excitement for all of us at FC Imphal City. Having originated in a football hugging state like Manipur, I’m positive that the club correlates and synergizes with the same level of passion and commitment as us towards the sport. This association is hence a great opportunity for all aspiring footballers in this region to hone their skills through the program. We hope to develop some of the future Indian stars here, together.” said Milan Koijam, Owner, FC Imphal City