CricTracker ties up with T10 League as Digital Highlights partner 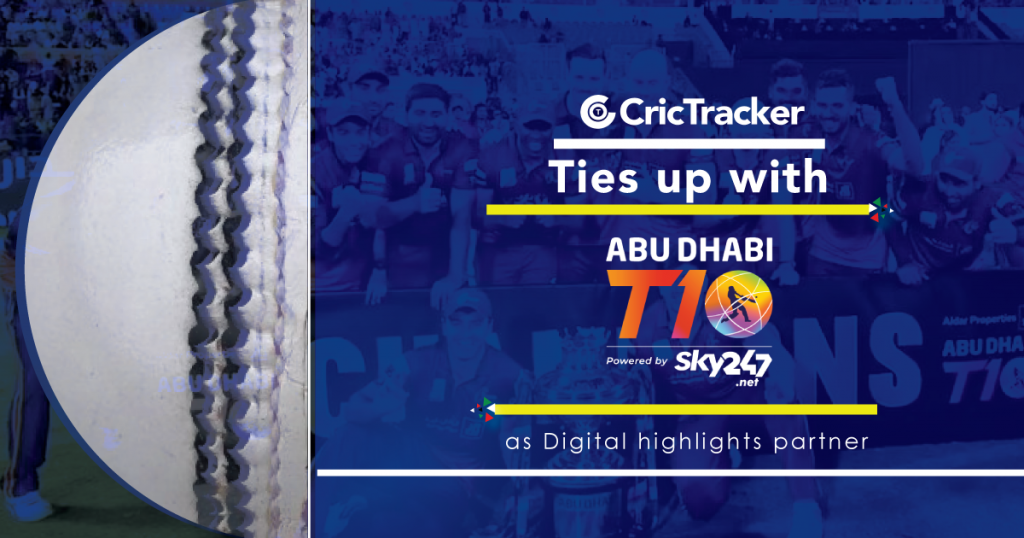 The fourth edition of the T10 League in Abu Dhabi is set to commence on January 28. As many as eight teams, divided into two groups of four each, will fight it out for the ultimate glory. The defending champions Maratha Arabians are in Group A alongside Bangla Tigers, Delhi Bulls and Northern Warriors.

Group B comprises the rest of the teams – Team Abu Dhabi, Deccan Gladiators, Qalandars and Pune Devils. All the matches of the tournament will be played at the Sheikh Zayed Stadium in Abu Dhabi. The fans are excited and eagerly waiting for the action to begin with superstars like Sunil Narine, Kieron Pollard, Colin Ingram, Mohammad Hafeez and Nicholas Pooran among many others set to take the centre stage.

Even if you miss the live action, we have got you covered, as CricTracker will bring the highlights of every match to the fans on its social media platforms. CricTracker boasts of around 14 Million followers on Facebook, Instagram and Twitter combined while on YouTube they have more than 135k subscribers as well.

CricTracker CEO Syed Sujjad Pasha was thrilled with the partnership and was looking forward to the tournament. “T10 League has been attracting a lot of viewers ever since its inception and CricTracker is delighted to tie up with them. We are excited to be partnering with T10 League which is fast gaining popularity among fans and has garnered attention among global cricketers as well,” Syed Sujjad said.

CricTracker has previously worked with Mzansi Super League (MSL), Qatar T10, and Vanuatu T10 and generated millions of views on all its social platforms.

Moreover, T10 League will also be broadcasted across the world with Sony Six and Sony Ten 3 set to show it live in India.

As far as the schedule is concerned, Maratha Arabians will face the Northern Warriors in the opening game with three matches set to be played daily. The first round will go on till January 31 after which each team will play three games in the next round which lasts for four days. The top four sides will then qualify for the playoffs with the final scheduled for February 6.