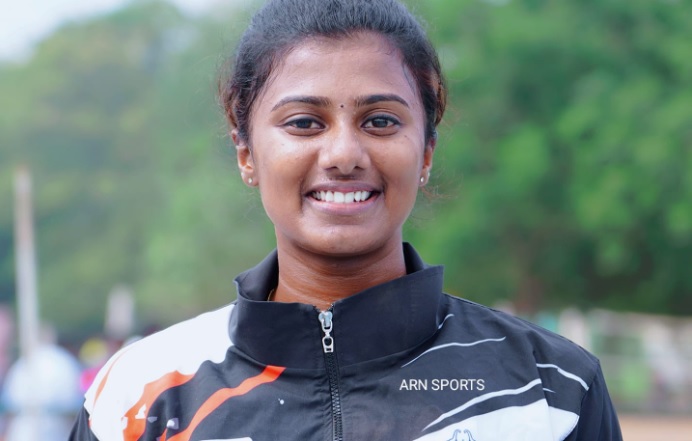 The 20-year-old athlete, Lizbeth Karoline Joseph has earned a massive boost in the pursuit of her Olympic dream in the form of four-year US Scholarship from the Liberty University, Virginia, USA. She hails from Pullurampara in Kozhikode, Kerala. She is a fan of Christian Taylor, reigning Olympic and world triple jump champion.

According to Onmanorama, Lizbeth said, “I studied at St Mary’s Higher Secondary School Koodathai till fifth standard. Seeing my interest in sports, it was Siby sir (physical education teacher) who took me to the Malabar Sports Academy (at Pullurampara).”

She did her training at Malabar Sports Academy under Tomy Cherian. Lizbeth has quite a few achievements on her name which are as follows: three gold medals while representing St. Joseph’s Higher Secondary School, Pullurampara, at National School Games in 2015 – 2016, won a gold medal at triple jump with a record of 12.56m, rivalled the high jump record of 1.65m, leapt 5.53m and secured a gold medal in the long jump in Kozhikode and represented India at the World Youth Games 2017 in Nairobi.

Impressed by her performance, jumps coach Shawn Venable of Liberty University was interested on providing her a scholarship. However, Lizbeth declined the offer and said, “I was only 17 then and I felt I wasn’t yet ready. So I turned down the offer.”

It was in the National Junior Athletics Championship 2019 when her best performance came in where she leapt 12.99m.

“I trained under Anoop (Joseph) sir at Alphonsa. Once sir retired and moved over to Kochi I also shifted my base. The outbreak of COVID-19 forced me to return home early last year. I have been training under Tomy sir again at the Academy.”