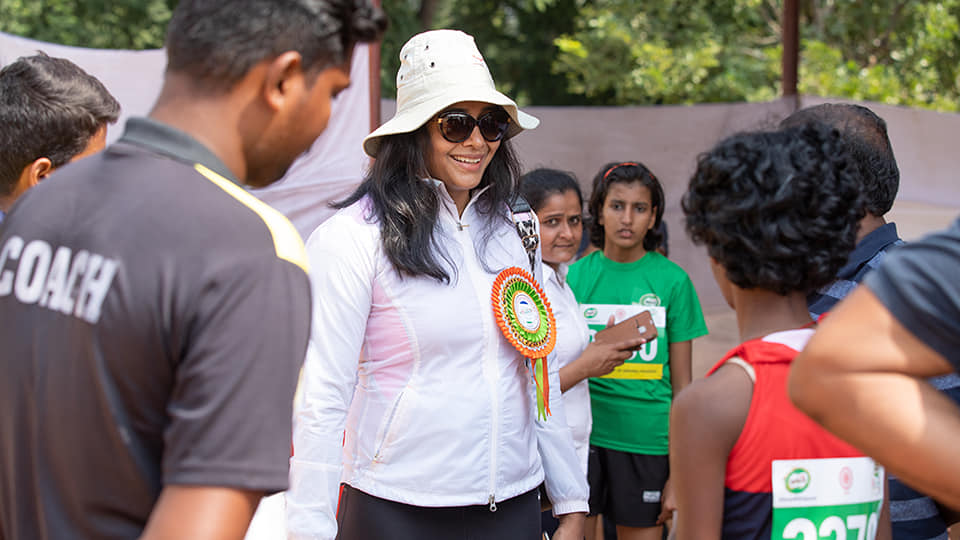 Former Commonwealth Games and Asian Games medalist Anju still holds the National Record, which she achieved in the 2004 Athens Olympics. She is India’s first and only Indian to win a medal at the World Athletics Championships, when she won a bronze at the 2003 World Championships in Paris.

The Padma Shri awardee spoke about the association and said, “I have always believed in the power of sport to change lives and as I embark on my journey creating champions of tomorrow, while fulfilling both my roles, as a coach and as an administrator, I will need help & support from like-minded partners. I am delighted to collaborate with the team at Meraki Sport & Entertainment, who share my passion and believe in my vision to create a platform that is not only focused on development of sport and athletes, but also on societal development through sport. Meraki have stayed true to their founding philosophy of working towards creating a brand & sponsor ecosystem around non-cricket sport in India and I am looking forward to working with them.

Anju along with her husband & former coach Robert George, have now devoted their lives to coaching and grooming young athletes in the horizontal jump category, at their academy instituted under the Anju Bobby Sports Foundation.

Ms. Namrata Parekh, co-founder & director, Meraki Sport & Entertainment said “Anju is one of the greatest Indian athletes of all time and her journey as a champion athlete, a wife, a mother, to now a coach & an administrator, is one that can inspire millions across the globe. It is a privilege for us to be working alongside Anju & Robert George and we are excited to welcome her to the Meraki dugout. We are confident that we can contribute to Anju’s endeavour of enhancing India’s socio-cultural fabric through sport.”