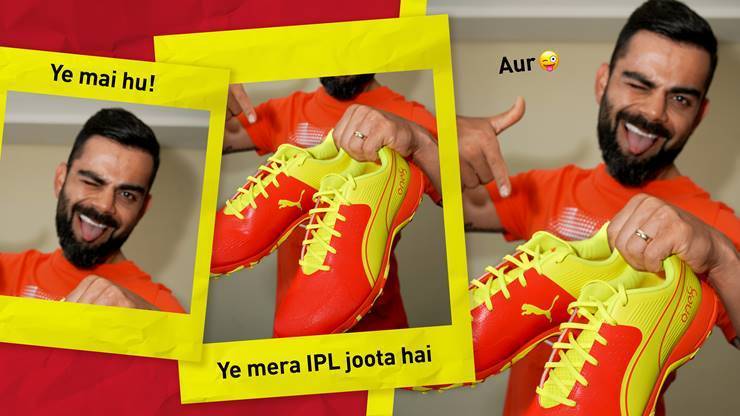 Captain of the Indian national cricket team and Royal Challengers Bengaluru (RCB), Virat Kohli joined the Pawri Ho Rahi Hai trend to announce the launch of PUMA x One8 cricket shoes on his Instagram account. He gave his fans a peek at the red and yellow cricket shoes that was recently launched on puma.com.

on the field. The shoe and the wearer. @pumaindia 19 one8 FH turning up the heat. Shop now in.puma.com

Currently, Virat Kohli led Indian cricket team is playing England in 4 test matches, 5 T20 matches and 3 One-day internationals in India. England won the first test match and India won the second test match. Third test match will be played with the pink ball and is scheduled on 24 February 2021 at the Motera Stadium, Ahmedabad.