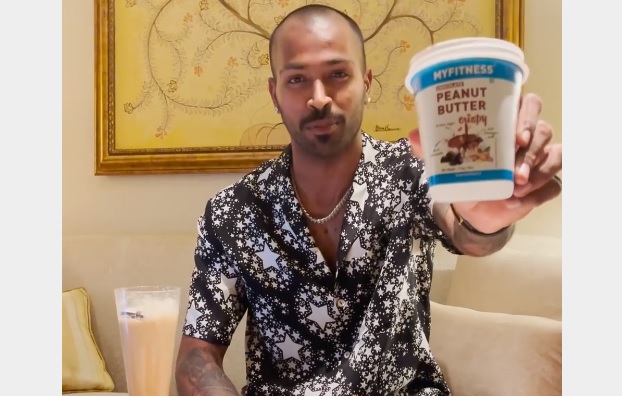 Hailing from Gujarat and one of the great all-rounders of the Indian national cricket team, Hardik Pandya has partnered with MYFITNESS, widely known as MYFITNESS PEANUT BUTTER.

MYFITNESS was founded in 2018 by Mohammad Patel. It is India‘s first US FDA registered peanut butter. Its motto is ‘No Quality Compromise’ and is one of the best peanut butter brands in India. TANVI Fitness Private Limited is the owner of MYFITNESS and a sister concern of Super Nutri Foods.

TANVI Fitness Private Limited is focused on meeting the fitness and flavour needs of India and Super Nutri Foods is an export-focused peanut-based product manufacturer.

Hardik Pandya took it to Instagram and said, “In     with these high in Protein Peanut Butter range from @myfitness. Order yours on www.myfitness.in , use my code HARDIK for extra discounts.”

Hardik Pandya has been included in the Indian squad for the last two tests and T20 series against England starting from 24 February 2020 and 13 March 2020 respectively. Currently, RISE Worldwide Limited (previously known as IMG Reliance) is managing Hardik Pandya along with other cricketers including Rohit Sharma, Krunal Pandya, Shreyas Iyer, Shikhar Dhawan and Jasprit Bumrah.