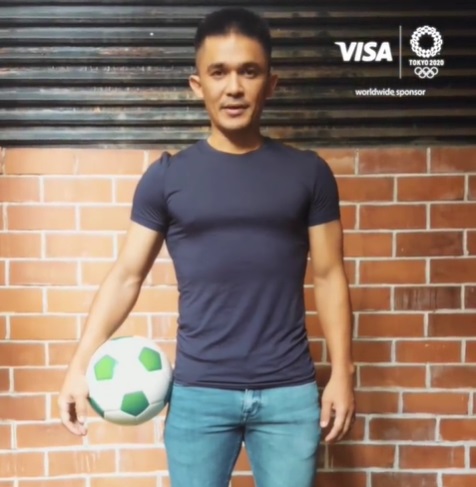 World wide sponsor of the Olympic Games “Visa” starts a social media campaign #SmashitSindhu with Indian fans and international athletes like Sunil Chetri and others to support Team Visa Athelete P.V.Sindhu for the olympic games Tokyo 2020.

Since 1986 Visa as a sponsor is committed to the Olympic Movement and now as an exclusive payment technology partner Visa is a proud worldwide sponsor of the Olympic games.

This campaign is about tap to the shuttle challenge where they have to to record themselves while tapping the shuttle for 30 seconds . Visa is doing paid promotion with international athletes like olympic bronze medalist Gagan Narang, Indian women’s Cricketer Jemimah Rodrigues and many other athletes to endorse it at higher level . So that more fans join in to cheer for PV Sindhu in Tokyo Olympics 2020.