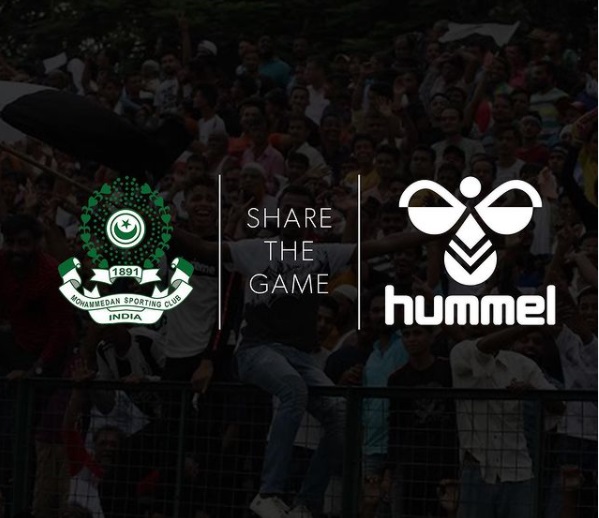 Hummel India which is widely defined by the Danish design tradition has announced collaboration with Mohammedan Sporting Club for the upcoming season of the I league.

Our commitment to change the world through sports continues in India & SEA as we welcome one of the oldest football clubs in Asia to the chevron family. Mohammedan SC based in Kolkata and founded in 1891 joins Hummel Soumava Naskar Director Hummel India commented on social media

Mohammedan Sporting Club is a famous Indian professional football club based in Kolkata,West Bengal . It is one of the oldest and most popular football clubs in India. The level of quality that Hummel provides in its attires will really help the club to play more comfortably.

Hummel is one of the most known apparel company in the world and this collaboration will surely going to help both the parties in terms of branding and buisness development.

A few days back, Hummel announced being the official kit partner for Hyderabad FC in the Hero Indian Super League and now this announcement. In a span of just 3-4 weeks they have collaborated with two teams from the second tier and the first tier of Indian Football League.