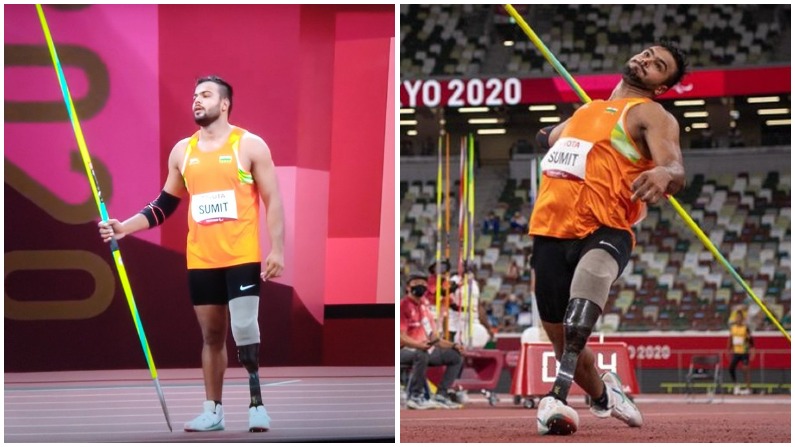 The Jaquar Foundation, the CSR arm of Jaquar Group, today announced their continued support to Sumit Antil, the Indian gold medalist in Javelin throw at the Tokyo 2020 Paralympic Games, for training and equipment for the next Paralympic events in 2024. This is a gesture from the brand to encourage Antil and thousands of other young athletes like him who are relentlessly working hard to make India shine on the map of world sport.

Jaquar Foundation will be supporting Antil with world-class training and equipment for the sport, these include:

–       Advance training for international competitions by the best coaches in the world domestically or abroad, as needed

–       Best quality diet and supplements as instructed by the expert Dietician

On this announcement, Mr. Kanwar Shamsher Relan – Head- Jaquar Foundation said, “The recent honour that Sumit has brought to the country is just the beginning of where Indian sports is headed. Jaquar has always believed in actively encouraging young talent in India. This year, Jaquar has extended its support to one of the most inspiring Paralympian in India- Sumit Antil. This will not only ensure that he gets access to world-class facilities and equipment but also inspire other aspiring athletes to pursue their dreams.”

“I am thrilled and grateful for Jaquar Foundation to have come forward and extend their support to me for the coming 4 years. The facilities, equipment and training of international standards will help me work towards my goal for Paralympics 2024- bring more pride and recognition to the nation. I hope that this initiative galvanizes further support for athletes like us,” said Sumit Antil.

At the age of 17, Sumit lost his left leg during a motorbike accident. He had always dreamt of joining the Indian Army, but the accident shattered his dreams. Sumit was introduced to para-athletics during college and showed a great skill for Javelin throw very early in his career. Today, he holds the world record in the javelin throw with a distance of 68.55 m. In the process of winning the gold medal in the Paralympics Final 2021, Sumit made 3 new world records in Javelin throw, breaking his own.

Jaquar Foundation was established in the year 2015 with the aim of betterment and development of different sectors in India. Their core projects have focused on sanitation, health and education and they aim to create a Swachchha, Swastha Avam Shikshit Bharat’.

We are helping to build a community that is economically viable and socially harmonious, creating sustainable livelihood opportunities around the natives, and supporting weaker sections of society through initiatives that lead to social and financial inclusion

PrevPreviousRajasthan Royals have named Zameer Kochar as their new CMO
NextDream11 European Cricket CHAMPIONSHIP. on boards FanCode as the exclusive broadcaster in IndiaNext