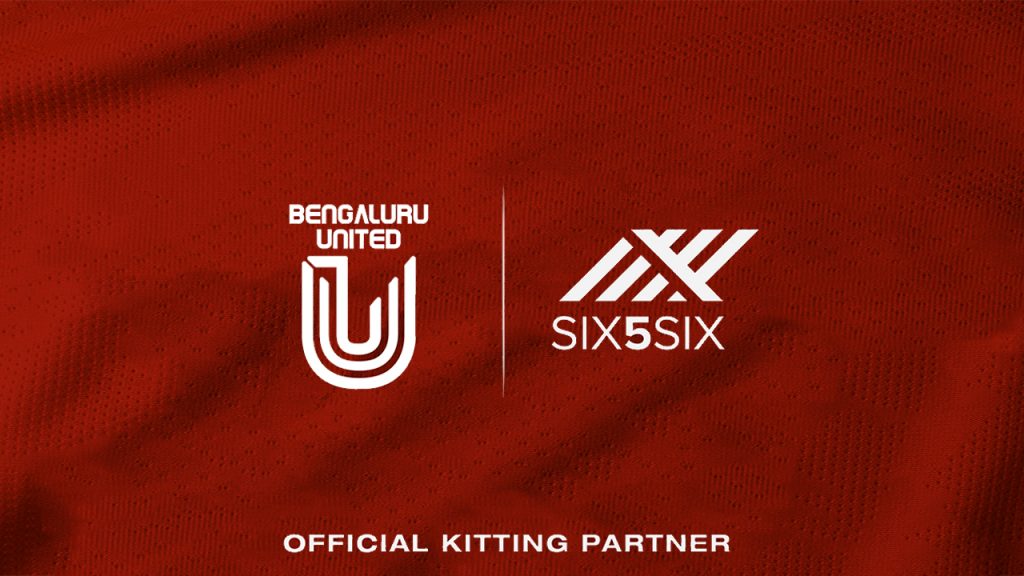 FC Bengaluru United  announced their partnership with premium sportswear brand SIX5SIX earlier today. The merchandising company, which is also the official supplier to the India National Football Team and various other football clubs across the globe, will use its unique ‘design first’ approach to produce FC Bengaluru United’s home and away kits, practice kits and as well as the entire fan merchandise.

The new kits, which will be donned by FC Bengaluru United players in the upcoming I-League Qualifiers 2021, are designed taking the community aspect into consideration, and will be available soon on the brand’s website – www.six5sixsport.com

The announcement comes after a run of steady momentum from the Bengaluru outfit, who have accomplished distinction both on and off the pitch this calendar year. After securing the BDFA Super Division title earlier in the year, FC Bengaluru United went on to reach the semi-finals of the Durand Cup in their maiden appearance in the cup competition. The club’s profile has been fast escalating off the pitch as well, as the I-League 2nd division side won the Best Internationalisation Strategy award at the World Football Summit awards in partnership with La Liga side Sevilla FC.

“We are delighted to partner with Six5Six for the FC Bengaluru United kit for the upcoming season,” said Gaurav Manchanda, Owner, FC Bengaluru United. “They have been able to perfectly translate our vision into the new design and we are looking forward to taking the field for the Qualifiers in our new kit.”

Speaking about the partnership, Ambar Aneja, Co-founder and CEO of SIX5SIX, said, “This partnership with FC Bengaluru United makes a valuable addition to our portfolio, which consists of associations with ISL, I-League and various international clubs. FC Bengaluru United is an ambitious club, they have a clear vision of making crucial contributions to Indian Football by focusing on the grassroots level, and we are thrilled to partner with them. We wish them luck for the upcoming I-League Qualifiers and hope to see them qualify for the 2021-22 I-League season.”