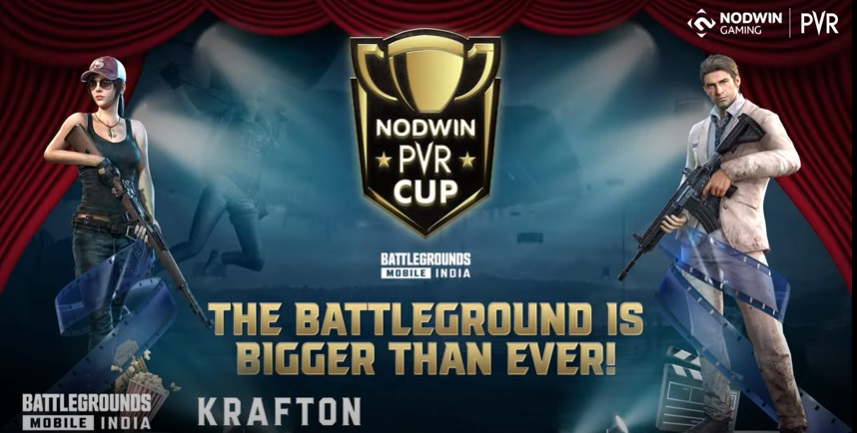 The company has entered into the gaming exhibition segment looking at the cross over customers, who will visit the theatre to watch films and games and has tied up with NODWIN Gaming, said PVR Chief of Strategy Kamal Gianchandani.

PVR has launched a pilot in four cities – Gurugram, Indore, Hyderabad and Mumbai, where it would live to stream the competition of the multiplayer game Battlegrounds Mobile India (BGMI), a game that has been recently launched and is popular among gamers.

The gamers would complete the initial round on mobile and then quarter, semis and final would be played in the cinema hall and the game would be live-streamed on the big screens, Gianchandani added.

“We are trying to marry the big screen experience with the passion gaming,” Gianchandani told

This is a “lethal” combination and a long road for growing. The first round of the championship would be held on October 7 at PVR Ambience at Gurugram, he said. “We wanted to offer a distinct experience to our viewers. We were getting a lot of feedback from our existing customers, where they have asked as to when we would bring the gaming to the theatre,” Gianchandani added. In the competition, players would play through their phones or any handheld devices and it would be mirrored on the big screen, with lots of production value additions.

“There would be commentary, discussions along with graphics and trivia. There would be interesting music also. All of those sitting inside the auditorium would have a community experience with a big sound effect,” he added. According to Gianchandani, the online gaming industry has accelerated in India during Covid-19 and through this partnership, PVR is targeting the audience from your and adult age group.

“The product which we have designed with NODWIN Gaming is perfect to marry with theatre and big-screen experience,” he said adding it would excite the games and gaming enthusiasts. When asked about the revenue potential of this venture, Gianchandani said: “it is too early to speak about that. We are focused on the project, which is just at the pilot stage.”

However, Gianchandani also added: “Its revenue potential is enormous as they would be gaming rights, sponsors and sponsor for various aspects of this competition. We will be selling tickets at the cinema, we will also license the broadcast rights. There are many revenue opportunities and it”s too early to speak of that.”

While NODWIN Gaming MD & Co-Founder Akshat Rathee said: “Our association with PVR Cinemas opens a corridor towards mainstreaming e-sports and placing it right in the middle of the entertainment industry. E-sports as an upcoming medium of interactive entertainment has had its fair share of visibility in the jam-packed arenas but it”s about time that we bring the action to the silver screen.”

PVR currently has a cinema circuit comprising 849 screens in 72 cities of India and Sri Lanka.

According to Gianchandani, now people are coming back to cinemas in big numbers and “green shoots are clearly visible now”.

“Once Hindi films start flowing after Diwali such as Sooryavanshi, you will find cinema audiences back in theatre big in numbers and I would not be surprised If we exceed the expectations,” he said. There is no doubt that theatres are here not just to stay but would also “thrive” from here on. “It is a matter of time. We need big Hindi films,” Gianchandani said adding that after Sooryavanshi, there is a long list of films.  “If you look at the line for the films which are lined up for November, December and January, we will have a problem of satisfying the demand,” said Gianchandani.

Presently, close to 600 screens of PVR are operational and once Maharashtra and Kerala open up this month, it would operate to nearly 100 per cent in the country, Gianchandani added.