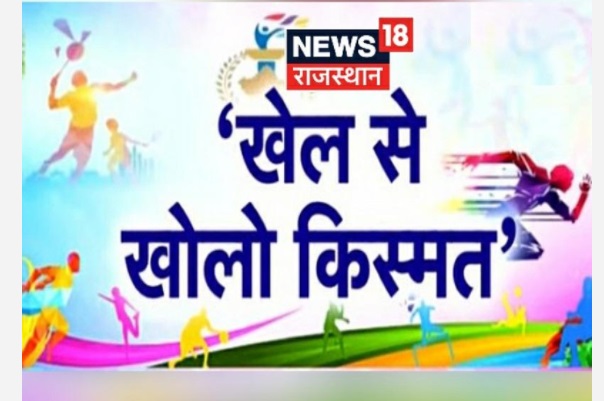 Recently state Sports Ministry has announced many  initiatives to overcome these challenges and transform the sports ecosystem. To give further momentum to the government’s initiative and to contribute to making Rajasthan a sporting powerhouse, News18 Rajasthan has launched a special campaign “Khel Se Kholo Kismat”.

News18 Rajasthan will identify four major regions in the state that have abundant talent but lack in  sporting facilities across different levels – schools, colleges, Govt. facilities or even traditional sports  facilities like akhadas. The channel will do special shows and stories from these regions highlighting the issue as well as interviews with the concerned leaders and other important members of the
administration.