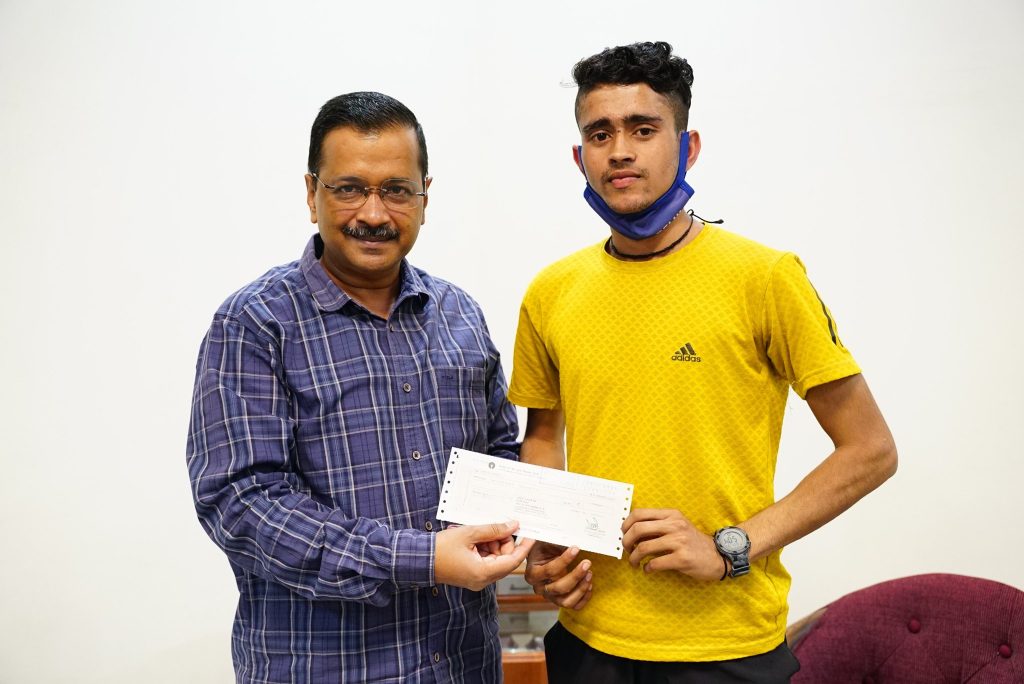 His family’s financial situation had made it difficult for Lokesh to get the proper diet he needs as an athlete, The Indian Express had reported earlier. His father is a cycle rickshaw driver who doesn’t always find work, while his mother works as domestic help, Lokesh said. He had told The Indian Express earlier that the family did not have money to get milk regularly, so he would drink warm water and practice. He had also said that he did not have enough money to take the bus from Shahdara to JLN Stadium for training.

Lokesh said that help has also poured in from others. “Gautam Adani helped out with shoes and financial support. Others have also helped with small amounts,” he said.

Lokesh has started training for the World Athletics U20 Championship, in which he hopes to compete in the 400-metre category next year in Colombia. “My coach and I will focus on this now. I need to work hard and make my country proud,” said Lokesh, a class X student of Sarvodaya Vidyalaya, R K Puram.

In the recent Delhi State Meet, Lokesh won the silver medal in the U-16 100-metre category.