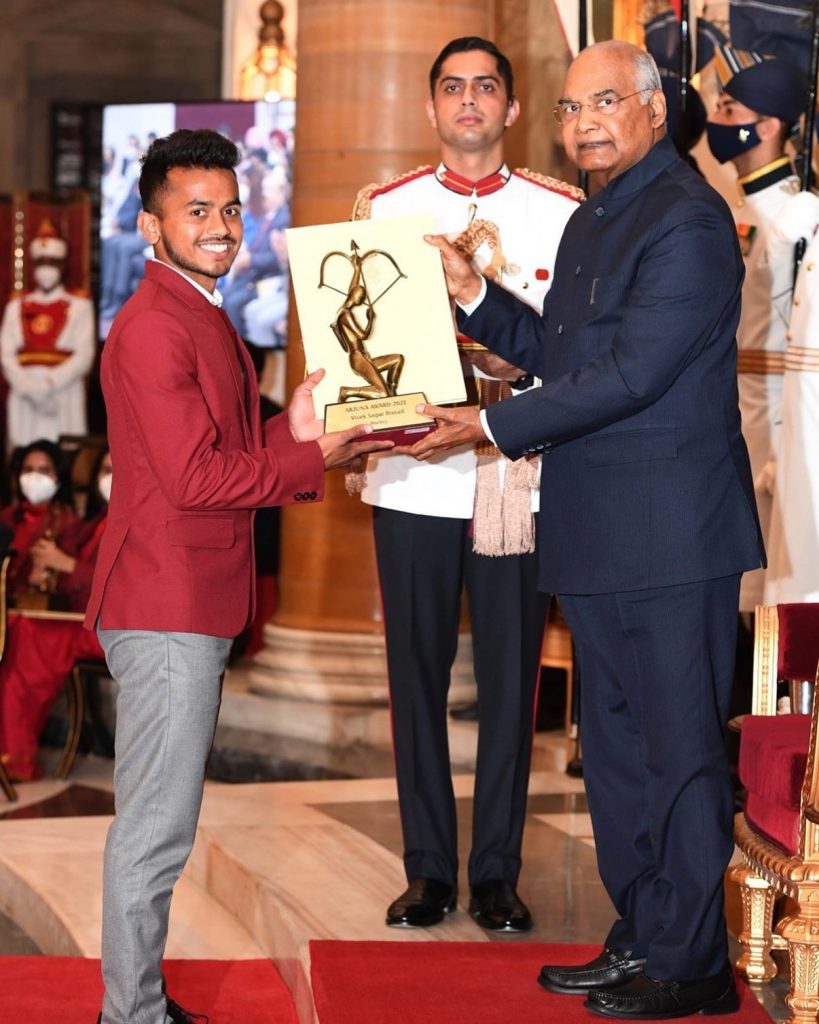 Vivek Sagar Prasad, the Indian hockey Olympic medalist officially signed  an exclusive contract with sports management agency Athletes Today.  The 21 year old Arjuna awardee became one of the youngest player to  sign a deal Athletes Today. After signing the deal, Vivek Sagar said, “ I’m  very excited to start this new partnership with an agency that has been working with hockey players for so many years. Abhishek bhai and I  have a common goal and I wish to grow together.”

The 21 year old young sensation has been making big waves since his  debut for Indian National hockey team in January 2018 as he was the  2nd youngest player to debut for India at the age of 17. He won the FIH  Rising Star award at the 2019 Hockey Sports Awards becoming first  Indian to win an FIH Award. The young midfielder showed tremendous  growth as he was named the Captain of Junior India Hockey Team and  also won the FIH Young Player of the Year Award in the 2020-21 FIH

Player of the Year awards. In 2021, he won the Arjuna award and was a  part of the India Men’s Olympic Hockey team for Tokyo 2020 Olympics  which went on to win the bronze medal after 41 years.

CEO  Abhishek Sharma said, “ We are happy to have Vivek with us. He’s  already achieved so much at 21. Olympic medal, Arjuna award and  many more to come. Vivek one day will surely be the best hockey  player India has ever seen.