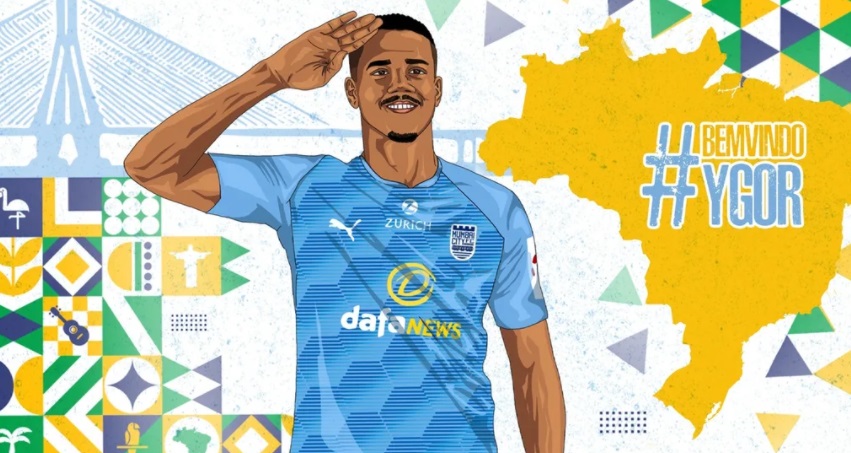 Mumbai City announce that the Islanders have extended our partnership with DafaNews as the Club’s Sports News Portal Partner.

DafaNews will adorn the pendant and the back of the of the Mumbai City First Team shirts during the Club’s 2021/22 league campaign in the ISL.

Along with featuring on matchdays and at the Islanders’ training facility at the Nagoa Village Panchayat Football Ground, DafaNews will be integrated into the Club’s digital content during the 2020/21 season and fans will have an opportunity to follow news and updates around Mumbai City on DafaNews’ channels.

Mumbai City FC are delighted to announce the arrival of goalkeeper Mohammad Nawaz. The 21-year-old joins the defending ISL champions on a three-year contract until May 2024.

A product of AIFF Elite Academy, Nawaz secured a move to FC Goa in 2018, where he featured for the club’s reserve team in the I-League 2nd Division and was later handed his first team debut during the 2018-19 campaign.

Having played an instrumental role in the FC Goa’s successful campaigns in 2018-19 and 2019-20, winning the Super Cup and the League Winners’ Shield, the 21-year-old custodian became a pivotal member of Gaurs’ set up. He recorded as many as nine clean sheets in 33 appearances in his first two seasons with the Goan side.

The Manipur-born player, who represented India at the 2016 BRICS U-17 tournament, made 10 appearances for FC Goa in the 2020-21 season in their run to the semifinals.

Mohammad Nawaz said: “I would like to thank Mumbai City FC for showing faith in me and giving me the opportunity to play at a club that wants to win games and win trophies. I had a chance to speak to many of my friends who are now my teammates and they spoke highly of the great culture at the club. I’m looking forward to getting started on this exciting journey with my new family and achieve great things along the way.”

Mumbai City FC have secured the signing of forward Ygor Catatau on a season-long loan from Brazilian side Madureira Esporte Clube.

The Brazilian striker started his professional career with Madureira before making the jump to the first team in 2015 and was loaned out to clubs like Barra da Tijuca and Boa Esporte in his initial years. Catatau then signed on a one-season loan deal with CR Vasco da Gama, where he featured in the Brasileiro Série A and Copa do Brasil during the 2020/21 season.

Earlier in March 2021, the 26-year-old player was loaned to Série B side EC Vitoria, where he made 27 appearances for the club and scored three goals, including one assist to his name. Catatau’s move to Mumbai City FC will be his first experience playing outside of his native Brazil.

Ygor Catatau said: “Joining Mumbai City and coming to the ISL is a new challenge for me in my career and I’m extremely excited about it. For all of us at the club, we want to deliver in what I’m aware is going to be an important season for us. I’m ready to give my very best to our fans and I hope we can enjoy great moments together.”