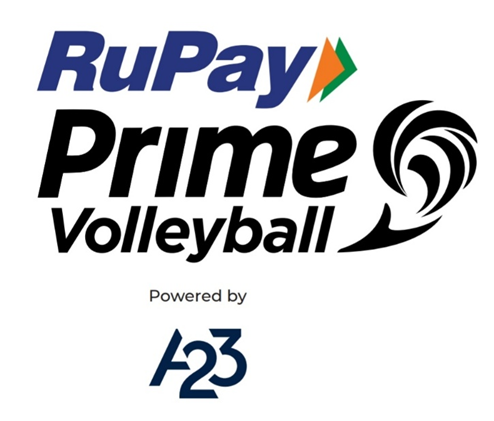 India is all set to catch volleyball fever as a number of Indian and international stars are set to be acquired by the seven franchises – the Calicut Heroes, Kochi Blue Spikers, Ahmedabad Defenders, Hyderabad Black Hawks, Chennai Blitz, Bengaluru Torpedoes and the Kolkata Thunderbolts in the Prime Volleyball League Auction in Kochi on Tuesday, 14 December 2021. The auction is the largest ever in volleyball, with over 400 players up for grabs. Each of the franchises can select a total of 14 players for their squads, which would include 12 Indian and 2 international players.

The biggest Indian volleyball stars, which include Ashwal Rai, Ajithlal C, Akhin GS, Deepesh Kumar Sinha, Jerome Vinith, Karthik A, Naveen Raja Jacob and Vinit Kumar have been slotted in the Platinum Category, while the Gold, Silver and Bronze Categories will feature 33, 141 and 205 players respectively. A total of 23 players will also go under the hammer in the U-21 Category. A host of international stars, which include David Lee (USA) and Luis Antonio Arias Guzman (Venezuela), will feature in the Prime Volleyball League International Player Draft during the auction on Tuesday.

Speaking about the Prime Volleyball League Auction, Tuhin Mishra, Co-Founder & MD, Baseline Ventures, said, “It’s our endeavour to provide a platform to talented volleyball players to showcase their skills and develop a successful career in volleyball and we are looking forward to  witnessing the franchises construct their squads at the auction on Tuesday. We wish all the franchises the very best of luck.”

Joy Bhattacharya, CEO, Prime Volleyball League said, “There are a number of immensely talented emerging volleyball players in India, and we are delighted to provide them the   opportunity to play alongside some of the biggest Indian and international volleyball. The Prime Volleyball League Auction is the start of the volleyball revolution we have envisioned for India and we cannot wait for the action to unfold on Tuesday.”

The Prime Volleyball League will be telecast on the Sony Pictures Network and is exclusively marketed by Baseline Ventures, the leading sports marketing firm in the nation. RuPay, the first-of-its-kind Global Card payment network from India, has come on board as the Title sponsor of the Prime Volleyball League and Fantasy games leaders A23 have signed on as “Powered By” sponsors in a multi-year deal.

The Prime Volleyball League will consist of 24 games and the League will shortly be announcing the schedule for the coming season of action.

PrevPreviousMore Than 32 Core Allocated to Paralympic Committee of India in Last 4 Years – Anurag Thakur
NextDocumentary film ‘Shane’, all set for a spin on India’s BookMyShow StreamNext