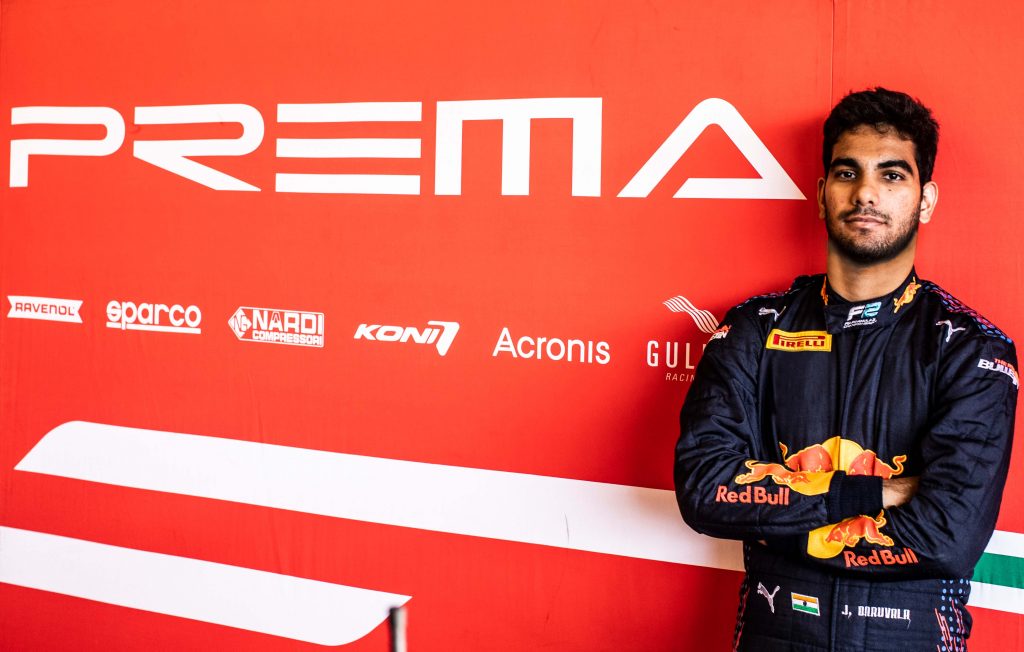 India’s top racer Jehan Daruvala’s Formula 1 aspirations received a massive shot in the arm, with Italy’s three-time F2 champions Prema Racing signing him up for the 2022 season. The 23-year-old from Mumbai will also remain a part of the Red Bull Junior Team for the third successive year. Red Bull has nurtured the likes of four-time F1 champion Sebastian Vettel, reigning F1 champion Max Verstappen, race winners Daniel Ricciardo and Pierre Gasly, among many others.

Jehan has already scored multiple victories and podiums in the Formula 2 championship. He will strive to consolidate on these performances, converting his raw speed into more wins to become Prema Racing’s third straight drivers’ champion.

“I am thrilled to join hands with Prema once again,” Jehan said in a press release. “Charles (Leclerc) and Mick (Schumacher) clinched F2 titles for Prema Racing and went on to race in F1 the very next year. I hope to follow in their footsteps,” he added.

Jehan will also have a broader role with Red Bull this year. He will not only drive the team’s Formula 1 simulator at its base in Milton Keynes but will also undergo regular evaluations at the team’s fitness facilities in Austria, just like Max Verstappen and Sergio Perez. In Prema Racing, Jehan joins the most successful team to race in the Formula 2 championship. The Italian racing powerhouse has delivered three of the series’ five drivers’ champions, including Ferrari Formula 1 race winner Charles Leclerc and Mick Schumacher, son of seven-time world champion Michael.

Jehan will look to emulate this duo while also scoring a hat-trick of titles for Prema Racing, following Schumacher in 2020 and Australian Oscar Piastri last year.

During his earlier stint with Prema Racing in 2019, Jehan had finished third in the Formula 3 championship, after a season-long title battle with his teammates.

Prema Formula 2 team principal Rene Rosin said, “We have had a great relationship with Jehan when we raced together in FIA F3. We have deep respect for his skills and work ethics. He fits our team very well and I’m looking forward to see how much progress he has made in the last couple of years. He performed impressively in post-season testing. Together with the Red Bull Junior program, we will provide him with all the support he needs to pursue his goals.”


The FIA Formula 2 championship, which sits one rung below Formula 1, has served as the proving ground for many of today’s Formula 1 drivers.

Charles Leclerc, George Russell, Lando Norris, Mick Schumacher, Guanyu Zhou, Yuki Tsunoda and even Lewis Hamilton ­ who won the series when it was run as GP2 ­ made the step up to F1 after shining here.

The series this year will feature 14 rounds and 28 races starting on March 18, 2022 in Bahrain with the season-finale set for November 20, 2022, in Abu Dhabi. All races will be held as support events to Formula 1, including at iconic venues like Monaco, Silverstone, Spa and Monza.