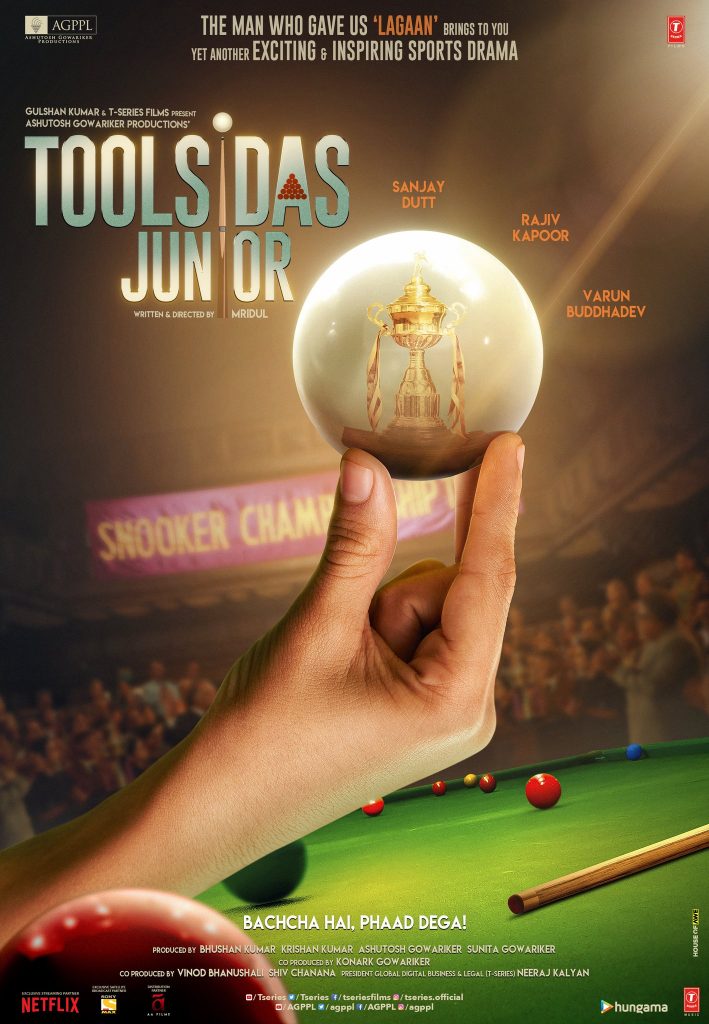 The trailer for the sports drama “Toolsidas Junior,” the last film in which late actor Rajiv Kapoor appeared, co-starring Sanjay Dutt and child artist Varun Buddhadev, is an emotionally affecting narrative of a father-son relationship and their love for snooker. Sanjay Dutt’s superb presence is certainly a highlight of the incredibly inspirational trailer filled with so many emotions.

Rajiv is introduced as Toolsidas, an excellent snooker player who proudly declares that he ‘only plays for his son’ in the trailer. We get glimpses of his cueing prowess as well as his sons’ activities, including the titular Toolsidas Junior (played by Varun). However, after Toolsidas loses a major event against his arch-rival, his son resolves to carry out his father’s wish. For this, he enlists the services of Mohammad Salam, a former snooker champion (Sanjay).

Written and directed by Mridul, the film is set to release on March 4, 2022. It is produced by Bhushan Kumar, Krishan Kumar, Ashutosh Gowariker and Sunita Gowariker.